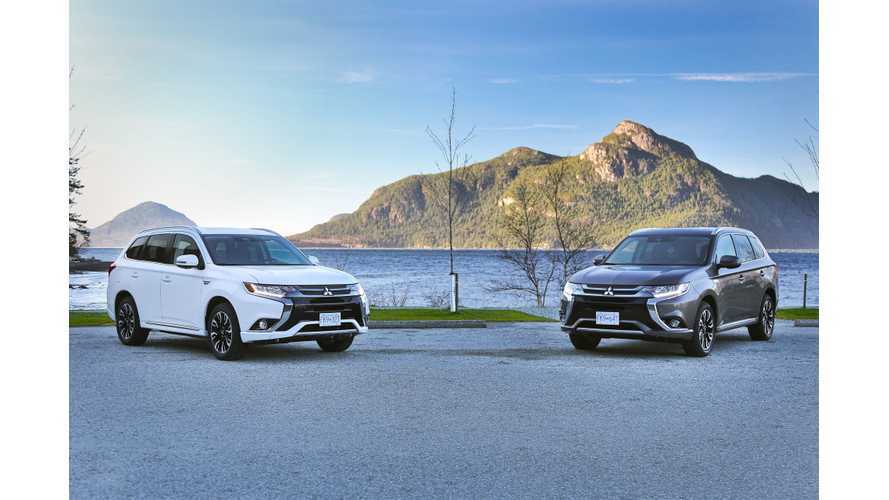 In April, the Mitsubishi Outlander PHEV became the best-selling Mitsubishi model in Canada and the #1 plug-in model in overall sales for the month.

The Outlander PHEV took some 22.9% of total Mitsubishi sales for the month.

“The Outlander PHEV offers an affordable solution to busy Canadian families and businesses who are increasingly turning to hybrid and environmentally friendlier vehicles but are not yet ready to give up their SUVs. For the Outlander PHEV there are no compromises in capability from cargo space to towing, fast-charging, and all-wheel drive in 100 per cent EV mode and this becomes very attractive to the customer especially as gas prices soar.”

Interestingly, the Mitsubishi Outlander PHEV sells better in Canada than in the U.S. - 272 in April and 1,269 YTD with peak result of 373 in March.