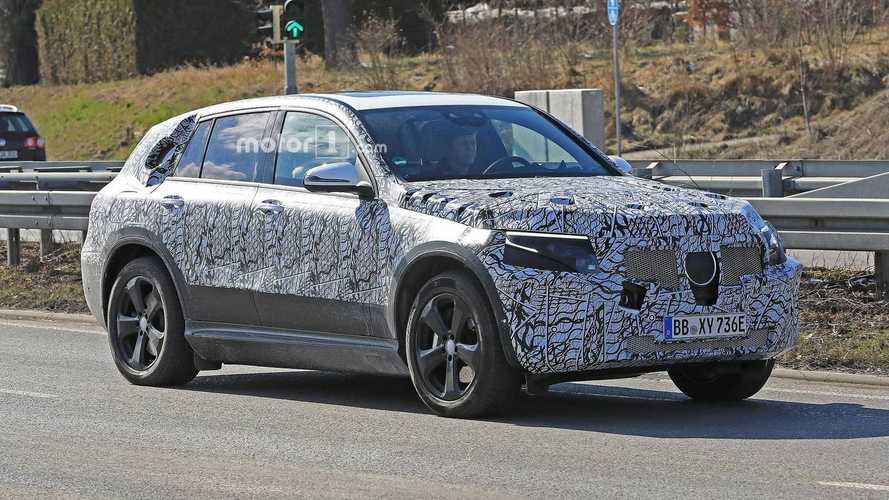 The Mercedes-Benz EQ C has been caught waiting at a stoplight, which provided a great view of the upcoming electric crossover. The model will debut later this year, reportedly in Paris in October, and will mark the launch of Mercedes' new electric sub-brand.

Earlier spy shots suggest that the EQ C is roughly the same size as the upcoming GLB-Class crossover, but the EV appears to have a sleeker appearance. There appears to be a different grille in comparison to other Mercedes models, and the angular LED running lights are attractive. A downward arching roof seems to integrate well into the rear glass to create a smooth shape at the SUV's rear.

The EQ C will ride on Mercedes' new Electric Vehicle Architecture platform that will specifically be for EVs. The production powertrain remains a mystery, though. The concept version features two electric motors – one at each axle – with a total of 402 horsepower (300 kilowatts) and 516 pound-feet (700 Newton-meters) of torque. The setup with a 70-kilowatt-hour battery reportedly provides at least 311 miles (500 kilometers) of driving range and can get the SUV to 62 miles per hour (100 kilometers per hour) in less than five seconds.

Mercedes will build the EQ C at its updated factory in Vance, Alabama. The model's major competitors will come from Europe like the Jaguar I-Pace, plus the upcoming Audi E-Tron Quattro and BMW iX3. The smaller Tesla Model Y will also be a challenger eventually.

The EQ C will be just the beginning of Mercedes' EV push because the firm will have 10 electric models in the sub-brand by mid-2020. Among them will be a sedans around the same size as the C- and S-Class.