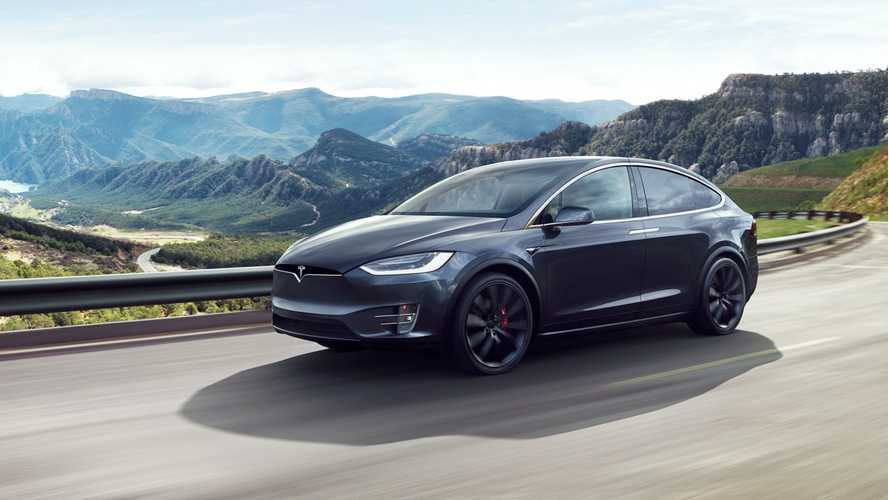 The Tesla Model X 75D shines in the AAA’s Top Green Car Awards for 2018 taking the Overall win as well SUV/Minivan and Best Over $50k categories.

AAA presents the best “green”cars to help shoppers make an informed choice, as there are so many choices now that some might be overwhelmed or confused.

There are more plug-ins on the list. The new Nissan LEAF SL won the Compact Car category.

Only two non-plug-in models were listed in the Top Green Car Awards - one due to there being only a few choices below $30,000 and the other because it's a pickup. There are still no pickups offered in a plug-in version, but the first PHEV in that category could certainly make a big splash.

"To help drivers looking to making the switch or find their next green vehicle, Automobile Club of Southern California’s Automotive Research Center conducts extensive and thorough testing of high fuel efficiency, hybrid, plug-in hybrid and electric vehicles each year, and assigns ratings based on criteria important to buyers such as ride quality, safety and performance."

“A first-time buyer may feel overwhelmed or confused by the differences between gas-powered, hybrid, plug-in hybrid or electric. Our evaluations are designed to help drivers select a safe, comfortable and reliable vehicle – not just the most efficient one.”

Separately, AAA provides results from the latest surveyonplug-in electric cars, which shows that some 20% or 50 million Americans will likely go electric for their next vehicle purchase. One year ago it was 15%.

Range anxiety and lack of charging places are the most common complaints, but those problems become smaller every year (range of new models increase, while number of public charging stations increased to over 16,000).

“Today, electric vehicles have mainstream appeal,” said Greg Brannon, AAA’s director of Automotive Engineering. “While concern for the environment is still a major motivator, AAA found U.S. drivers are also attracted to the lower long-term costs and advanced technology features that many of these vehicles offer.”

Perhaps fueling American’s desire for electric vehicles, AAA’s survey found that “range anxiety” is beginning to ease. Among those unsure or unwilling to choose an electric vehicle for their next car, 63 percent (down 9 percent from 2017) cited not enough places to charge as a detractor while 58 percent (down 15 percent from 2017) expressed concern over running out of charge while driving. Not surprisingly, range anxiety is less of a concern for millennials (48 percent) than Generation X or Baby Boomers (64 percent and 66 percent, respectively).

While range is important to most (87 percent) electric and hybrid vehicle shoppers, it is not the only consideration. Reliability is king with nine-in-ten (92 percent) of those likely to by an electric or hybrid vehicle stating it is important when evaluating which car to buy. Electric and hybrid car shoppers are also prioritizing crash ratings (77 percent), cost (71 percent), acceleration and handling (69 percent) and advanced safety technology such as automatic emergency braking and lane keeping assistance (60 percent). Fewer drivers are concerned with style, color, or design of the vehicle (34 percent) or brand of the vehicle (33 percent)."

"Although Americans may be more eager to buy an electric vehicle, having the right infrastructure will be critical to its widespread adoption. In 2018, the availability of charging stations had grown to more than 16,000 in the United States and, although anxiety over range has reduced, AAA’s survey found consumer expectation for charging time while on the road may not align with reality. Seven-in-ten (68 percent) Americans feel that while out driving, a charging time of no more than 30 minutes is a reasonable amount of time to wait.

“Today’s drivers are accustomed to a quick fill up at the corner gas station, but electric vehicle charging can sometimes take several hours,” said Brannon. “With a little planning, electric vehicle owners can avoid a roadside inconvenience and, as technology improves, charging times will too.”"