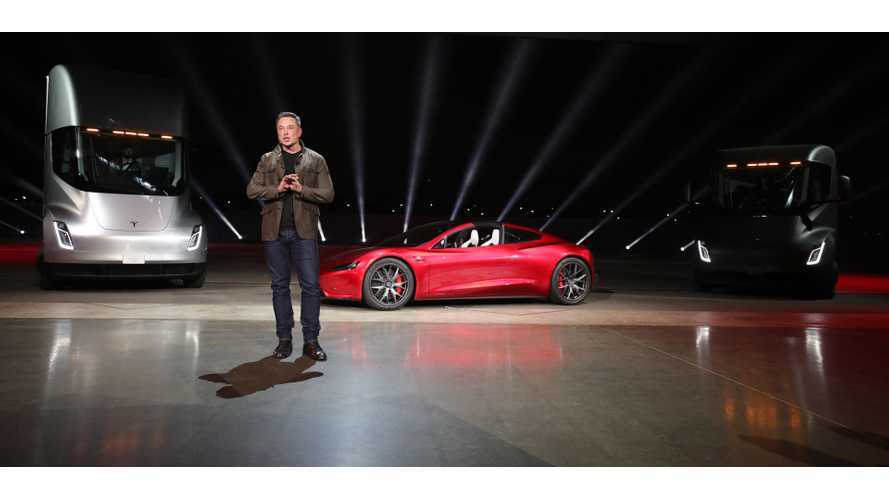 After Tesla's latest quarterly earnings call in which Elon Musk turned his back on Wall Street analysts in favor of questions from a 25-year old YouTuber, analysts are turning their back on Tesla's CEO. Almost across the board, analysts disliked Musk's comments (or lack thereof) on Tesla's recent earnings call. There is one outlier though, New Street Research's Pierre Ferragu.

Check This Out: Musk Says Tesla Model 3 Production Target Is 6,000 A Week By June

According to Barron's, Ferragu is a "veteran tech analyst aims to change the research game in Tesla and others." It's reported that "Ferragu covered tech stocks for Bernstein for a decade... in a recent interview, he reflects on how the sell-side equity research model is broken." Instead of following the pack, "Ferragu, 43, aims for something you might call a holistic approach. By having an individual point of view that crosses the boundaries of industries, he believes he can bring unique insights about companies such as Tesla."

Related: Check Out All 8 Videos Of Tesla CEO Musk On CBS This Morning

Ferragu says, "Let me give you an example. I’ve covered for years Infineon in Germany. I started researching all their end-markets, including the car industry. I looked at the tear-down analysis of a high-end luxury car, and of the Tesla Model S. There’s something called an insulated-gate bipolar transistor, or IGBT. You typically find two or three of them in a high-end traditional car. But in a Tesla Model S, you find 120 of them."

Above: A looks at IGBT packaging in the Tesla Model S (Source: Pnt Power)

He elaborates, "You need these components to transfer energy from your super-charger into your batteries, and from your batteries into your motor. And these components are what determines the quality of your supercharging, the ability to supercharge in 20 minutes. My seven-seater Model X accelerates faster than any sub-$1 million Ferrari thanks to these IGBTs. Also, a better IGBT means a better range. I concluded IGBTs are one of the main drivers of performance of an electric car."

It's not just examples of innovation, Ferragu also admires the big picture at Tesla. He explains, "the starting point of Elon’s thinking was figuring out the math, that the equation for an electric vehicle should work over time. And then it took him ten years to first bring that to a prototype, and then to a small series — a petite série, in French, a small run — of almost handcrafted cars. And then an expensive luxury sedan. And now, the mass-market car "

So what did Ferragu think after Tesla's controversial earnings call? Investopedia reports, "After Tesla's Q1 results, New Street Research initiated coverage on shares of the automaker at outperform with a price target of $530, topping the previous Street high by $60 and forecasting a market capitalization of as high as $300 billion." Ferragu explains, "We find Tesla will almost reach positive free cash flow by year end, despite missing unreasonable early production volume expectations." ===