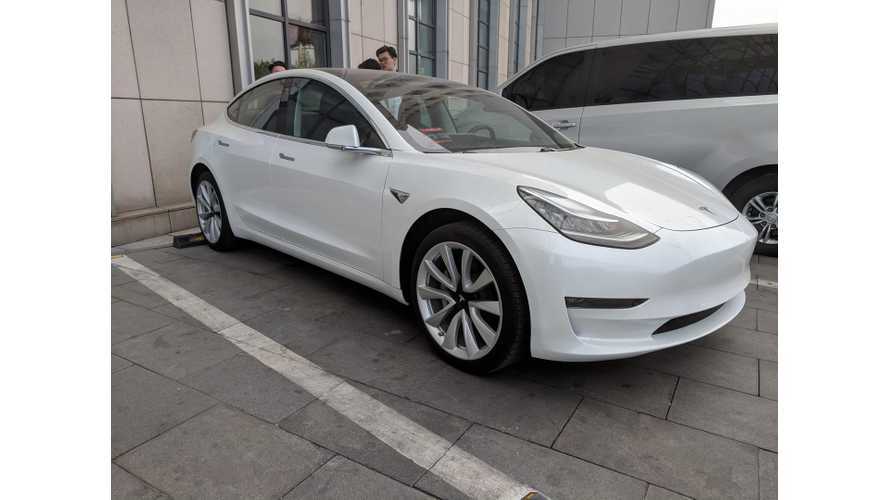 Tesla continues to register a significant amount of Model 3 VINs with the NHTSA.

This week Tesla has once again ramped up the VIN registration process for the Model 3. If production is truly headed where CEO Elon Musk is predicting, we should start seeing a plethora of these registrations or much bigger loads sooner rather than later.

Last time we reported Model 3 VINs (linked above), about two weeks ago, Tesla had registered 5,170 new additions, with the highest number being 33,466. Just a few days ago, another report surfaced on Twitter showing 5,009 more registrations and a new top number of 39,263.

Teslarati pointed out that Twitter user Matthew Koloski retweeted the NHTSA figures and shared that through some research on the Tesla Motors subreddit, he's discovered that none of these new VINs are for the upcoming dual-motor Model 3.

While VIN tracking is not a surefire way to pinpoint production, Bloomberg's Model 3 Tracker has proven that over the long term it can be fairly successful. Though the tracker doesn't account for shutdowns or sudden changes, it collects these reported VINs, as well as user-submitted VINs from the wild, and nails down production numbers relatively accurately.

Tom Randall, one of the creators of Bloomberg's Model 3 tracker recently explained on Twitter:

Our Model 3 Tracker is very much in flux! There's still a lot of drag from the brief factory shutdown, but that's quickly being swamped by a flood of new VINs. Here's what our weekly rate looks like today, but don't expect things to remain static this week https://t.co/Ko0awG98WM pic.twitter.com/qNIF4miGDc

UPDATE: While we were working on the gap issue, Tesla registered a new batch of VINs with NHTSA. The size of it was pretty much in line with what our model was anticipating, but it raised our Trend incrementally pic.twitter.com/CdGYJqH7dT

As you can see, Bloomberg's tracker currently shows 1,705 per week, which is down significantly from previous numbers that had approached 3,000.