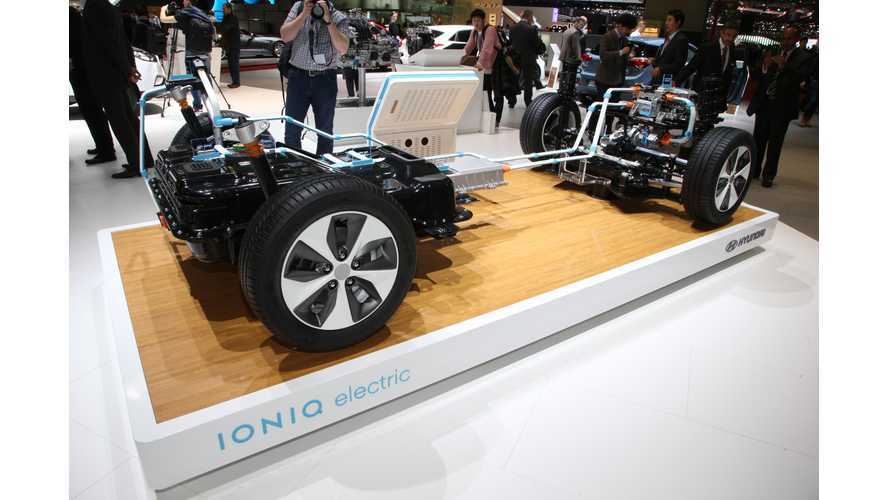 Hyundai was hit by a lithium-ion battery shortage for its IONIQ Electric cars, which interrupts production and global sales.

The South Korean manufacturer informed its customers in Canada about the constraints and announced the end of 2018 model year sales. At the same time, it's opening pre-orders for the 2019 model year (expected from July on).

News comes from Green Car Reports, which later discovered the problem in California too.

"Due to a temporary global battery supply shortage, the sold order entry system for 18MY Ioniq EV will be closed effective immediately. The 19MY Ioniq EV will be opened at the same time  to allow for pre-sale of 19My Ioniq EV, with deliveries beginning in July."

The Bulletin Summary notes that:

While so many complaints fell on Tesla due to its Model 3 production ramp-up (now one of the best selling all-electric cars in the world), we are surprised that a company as big as Hyundai notes troubles at level of barely 3,000 combined sales of the BEV and PHEV versions a month.

The battery pack in a Tesla Model 3 is also three-times bigger than in the all-electric IONIQ.

The problem with batteries for IONIQ Electric doesn't lead us to believe the Kona Electric will be a volume car now either.