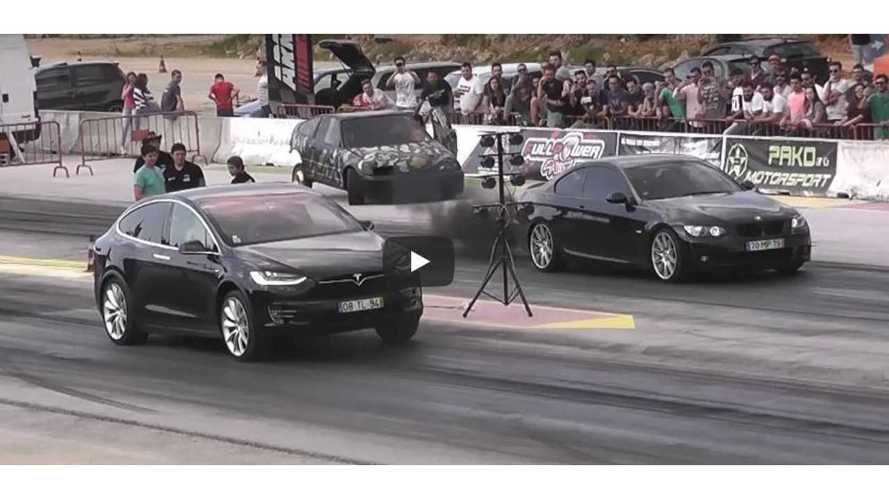 Rollin' coal won't guarantee you a win against a Tesla.

In fact, it seems this coal-rolling BMW can't even escape its out black smoke, let alone keep pace with the Tesla Model X P100D.

Officially, this version of the Model X can hit 60 MPH in less than 3 seconds, so even this pumped-up diesel BMW is no competition for the big SUV.

Additionally, you'll see the Model X race a couple of times against what appear to be some souped up, subcompact hatchbacks.. Again, the Model X dominates, despite the early start afforded to the lesser car.

Just in case you're not aware of what this rolling coal nonsense is (electric cars don't do this, no matter how modified), here's a definition via Wikipedia -

Rolling coal is the practice of modifying a diesel engine to increase the amount of fuel entering the engine in order to emit large amounts of black or grey sooty exhaust fumes into the air. It also may include the intentional removal of the particulate filter. Practitioners often additionally modify their vehicles by installing smoke switches and smoke stacks. Modifications to a vehicle to enable rolling coal may cost from $200 to $5,000.

So, basically it's destroying the environment / affecting the health of individuals on purpose and it's illegal. So STOP!