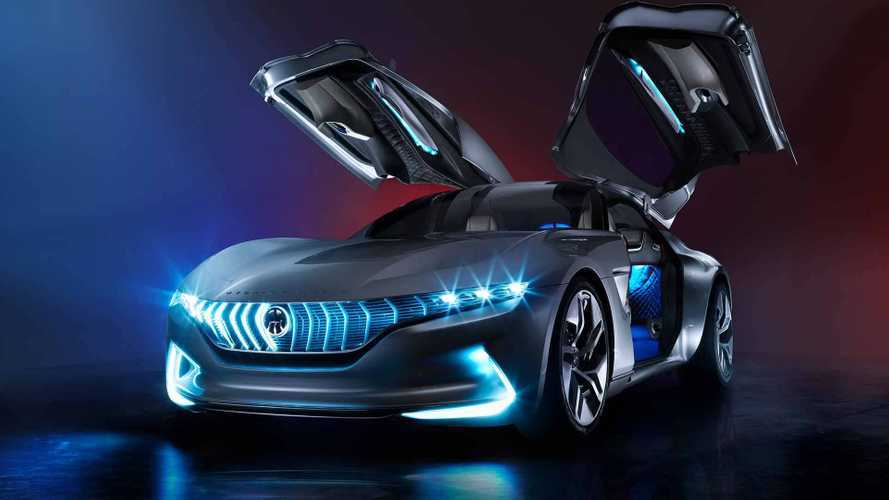 Do expect it to boast a Rimac drivetrain

One of the newest names in auto making is one of the oldest in auto design. Pininfarina, long an Italian pen-wielding powerhouse and now owned by India's Mahindra, is beginning to execute on its plan to become a luxury electric vehicle producer, even as it continues its tradition of designing cars for other nameplates, like China’s Hybrid Kinetic Group GT pictured above.

Despite its deeply-rooted heritage, it's not following a conventional path. Like many other recent automotive startups, its focus is on producing electric vehicles. But unlike those others, its hallowed halo — a $2.3 million hypercar, a render of which was just shown to prospective buyers at a 17th-century palace in Rome — won't eventually hover over more accessible "everyman" models. Nope. No Tesla Model 3 type aspirations here.

Instead, look for fewer than 90 examples of this first wheeled wonder to wander out into the world. From there, we will see a higher volume vehicle, probably with SUV ambitions and a slightly more palatable price tag. Just don't expect to ever see the streets littered with them, unless said streets are located in a high-end neighborhood like London's Knightsbridge.

What we do expect from the new Pininfarina cars, aside from breathtaking styling, is heart-pounding performance. At the aforementioned private design unveiling, a certain Mr. Mate Rimac was in attendance and seen warmly shaking hands with Mahindra Group's chairman Anand Mahindra. The presence of the young Croatian entrepreneur, who just sold the entire 150-unit production run of his own recently unveiled $2.1 million Rimac Automobili C_Two hypercar, explains how the Italian outfit plans to hit the sub-2 second zero-to-60 times with its creation. The as-yet-unnamed creation will also be capable of a 250-plus mile-per-hour top speed and a range of 310 miles (obviously not simultaneously).

For us plebeians who can appreciate a brilliant piece of design despite knowing we could never afford to own one, a scale model of the first electric Pininfarina will be on display this August at the Pebble Beach Concours d’Elegance. The actual full-size work of art will have its veil lovingly lifted next year at the Geneva Motor Show.