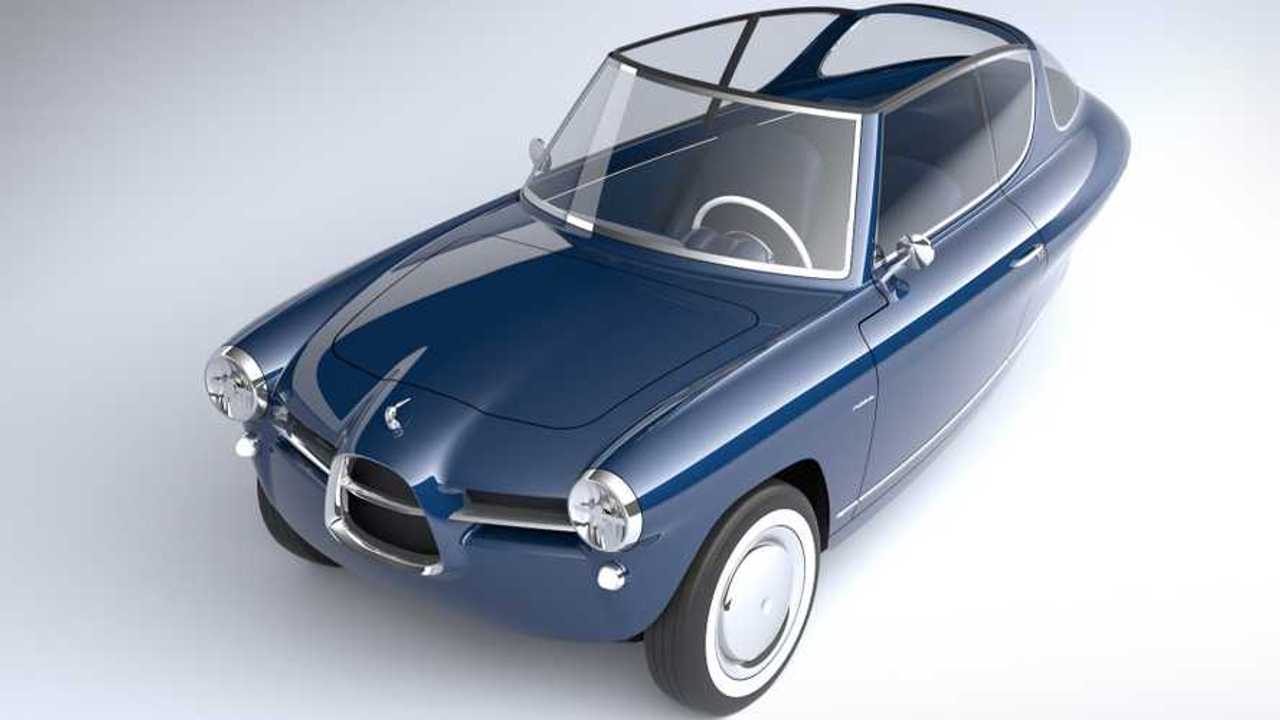 It’s so cute, we actually want one right now.

Cute, adorable, and nostalgic – those are the three words that best describe the Nobe 100. This electric vehicle from Estonia is the brainchild of Nobe founder and CEO Roman Muljar, in which he sees the three-wheeled EV as a feat of engineering and design thinking. With how the car looks, well, we couldn’t agree more. At least in the aesthetics department.

The Nobe 100 is a whole lot different from the other three-wheelers we have seen before. It isn’t a motorcycle like the Bombardier, nor a car straight out of a sci-fi movie like Uniti’s and the Elio E1c. Although it shares the classic cues of Morgan three-wheelers, the Nobe 100 is more on the cute ‘neo-retro’ design.

Right off the bat, the Nobe 100's small dimensions give it great turning circle and the ability to fit small parking spaces. It's classified as a trike and has the same accessibility as a motorcycle. It’s also semi-convertible with a removable hard top, making it the first cabrio EV.

Inside, it has a minimalist design cue, taking classic styling like metal analog gauges, chrome switches and door handles, some wood accents, and white steering wheel reminiscent of the cars from the 1930s. With its teardrop shape, it can seat three people with a space for luggage behind the third passenger.

Independent carmaker Nobe isn’t all about the Nobe 100’s looks; aside from the fact that it doesn’t emit anything, the EV is environment-friendly with its 100 percent reusable parts. It’s also upgradable to ensure longevity.

There were no output figures included in the Nobe 100’s press release but it does have a combined range of 137 miles (220 kilometers) and can go up to 68 miles per hour (110 kilometers per hour). It’s also all-wheel drive for superb handling. The EV can be fully charged within two hours but in case your anxious of the range, it does carry an extra battery.

If you want this three-wheeled EV to happen. Nobe has opened a crowd-sourcing campaign to raise around $1.2M (€1M) and jumpstart the EV’s production. If you’re interested to invest in this cute EV project, you can join the funding here.

Maverick electric vehicle brand, Nobe believes it will transform both the impact and the mood of inner-city traffic with a ‘neo-retro’ car design officially revealed to the world today. The Nobe 100 is a three-wheeled vehicle that features design quirks inspired by classic cars, but delivers a futuristic vision for inner-city travel. Alongside its official launch, Nobe has opened a crowd-funding campaign to raise nearly €900 000 and supercharge initial production.

As a three-wheeled vehicle, the Nobe 100 is technically classified as a trike, so has the same accessibility as a motorbike. It also has a far superior turning circle, fits smaller parking spaces than a standard small car and through offering all-wheel drive the Nobe 100 delivers great handling and stability, while offering superior grip and performance compared with two-wheel drive cars or bikes in wet and snowy conditions.

The concept and design of the Nobe 100 heralds from Estonia – a burgeoning innovation hub – employing leading electric vehicle engineers through a partnership with Tallinn Technical University. The decision to crowd-fund the project was taken to give the business a contemporary, agile business model with a community of advocates from the start.

The crowdfunding campaign opens today and stays open for investments for 30 days. (or until the target €1 000 000 is raised) and incentives to invest include:

All investors become Nobe ambassador and will get their name somewhere in the factory. They will be able to sign up on the waiting list to order a Nobe 100, get a discount on upgradable parts and get benefits in the digital skin Nobe app.

To invest in Nobe 100 or find out more, visit: www.fundedbyme.com/nobe

Every investor will get exclusive Nobe gloves or sunglasses.

Every investor will get to sign up for one of the first 100 cars (first ones to invest makes the list).

Every investor will get to sign up for one of the first 10 cars (first ones to invest makes the list).

“Our aim with the Nobe 100 is to create something so effortlessly stylish that you want to lick it, while at the same time having an unparalleled effect on the impact of city traffic on the planet. We wanted to fuse together personality and conscience, not just inventing a more sustainable way to get around cities, but also making it a more exciting and charismatic experience than a petrol vehicle.”

“The Nobe 100 is a feat of engineering and design thinking.” Continued Muljar. “We haven’t designed a new car, we’ve designed a new way to build and experience a car. We’ve reinvented the car from the wheels up.”

The Nobe in numbers:

Can be used as an urban or intercity vehicle

Nobe is a fully connected vehicle