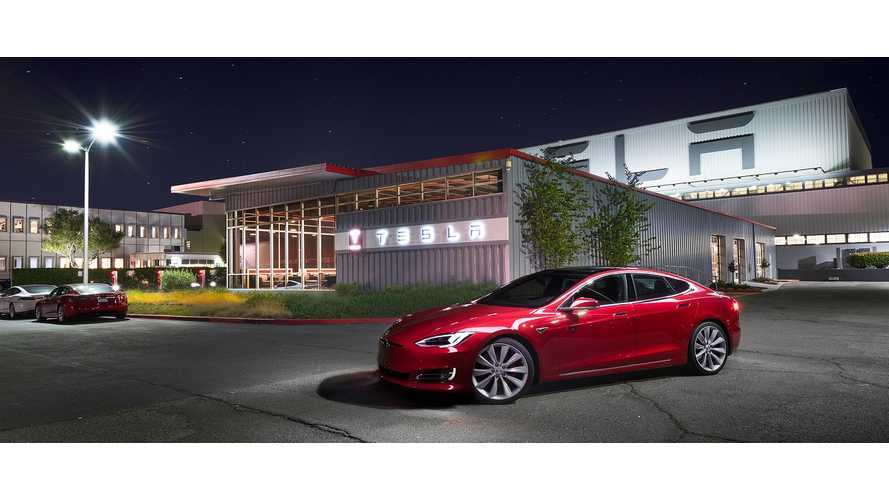 Journalistic integrity is a hot topic these days, and rightly so. A free press is absolutely necessary for democracy, technological and social progress, and other nice things. However, with press freedom come responsibilities: among other things, not to cherry-pick facts to support a preconceived conclusion, and not to quote sources without revealing when they have a personal stake in an issue.

The subjects of press coverage also have responsibilities. To indulge in journalistic misconduct is very wrong, but it’s also wrong to accuse a media outlet of bias just because its reporting casts your company or cause in a negative light. On the other hand, not everyone who questions the integrity of a particular journalist is an anti-first-amendment fascist.

All of these issues have been highlighted in an ongoing controversy concerning workplace injuries at Tesla. Online news outlet Reveal recently published an article alleging that Tesla not only had an above-average number of worker injuries at its facilities, but that it had found sneaky ways to under-report the actual number of incidents. California’s Division of Occupational Safety and Health opened an investigation of Tesla, which Reveal was quick to attribute to its intrepid reporting.

Unsurprisingly, Tesla immediately issued an indignant rebuttal of Reveal’s story: “Unfortunately, the writers at Reveal paint a completely false picture of Tesla and what it is actually like to work here. In our view, what they portray as investigative journalism is in fact an ideologically motivated attack by an extremist organization working directly with union supporters to create a calculated disinformation campaign against Tesla.”

Automotive news site Jalopnik chimed in on Reveal’s side, waxing indignant that anyone should question the integrity of a publication that was recently named as a finalist for a Pulitzer Prize. Jalopnik characterizes Tesla’s reaction to criticism thus: “If you dare to report anything that makes Tesla look bad, you’re either on the take by the union effort, looking to make money by shorting TSLA somehow, or working against the electrification of cars on behalf of Big Oil.”

Unfortunately, Jalopnik seriously undermines its case by engaging in some of the same “unhinged” rhetoric that it condemns. The article leads with a Photoshopped picture that seems to show Elon Musk’s head pasted onto Donald Trump’s body, and it compares Tesla’s attitude toward the media to Trump’s three times. One of the things that separates responsible journalism from sensationalism is a sense of proportion - there’s a tacit understanding that casual comparisons to famous demagogues are uncool.

If this whole back-and-forth sounds familiar, it should. Last May, The Guardian reported that workers at Tesla were complaining of poor working conditions, including safety issues (while the article was critical of Tesla, it was responsible and balanced - it included an interview with Elon Musk himself, and it did not compare him to a plantation overseer). Worker advocacy group Worksafe also published a report that was critical of Tesla’s safety record.

Many other media outlets weighed in on both sides of the issue. A piece in Inc. praised Elon Musk’s reaction to the controversy as an example of “emotional intelligence.” Forbes took a direct shot at Inc. and criticized Elon’s efforts as “damage control.”

The United Auto Workers (UAW) has played a major role in publicizing Tesla’s workplace injury issues (as well as other issues, including allegations of racism), as part of an effort to unionize the company’s employees. It has every right to do so - advocating for workplace safety is an important part of what unions do. However, readers need to understand the nature of the union’s involvement in the issue, and that’s where the issue of journalistic integrity comes in.

Professor Jeff Joseph, writing in the Detroit News, opines that the latest injury allegations are part of a UAW campaign to encourage negative news coverage of Tesla. It’s no secret that the union and the automaker have been sparring in the press for several years. According to Fox Business News, the UAW spent at least $422,000 on its campaign to unionize Tesla in 2017. Joseph says that generating unflattering news stories is a standard part of the union’s playbook.

Reveal denied that its article was in any way linked to the UAW’s corporate campaign, but according to Joseph, “the union’s fingerprints were all over the story. The story’s featured employee had previously been identified by the union as one its surrogates in the plant; the chemical bonding agent that the reporters focused on had previously been singled out by the union; and the neutral ‘expert’ who was called upon to comment on these findings had already been tapped by the UAW to author an anti-Tesla report.”

Joseph also points out that, back when the Fremont plant was operated by a joint venture of GM and Toyota, with a UAW workforce, the rate of injuries was higher than the industry average (according to Inside Sources), which would seem to undermine the UAW’s self-appointed position as the savior of Tesla’s workers.

(Unfortunately, Mr. Joseph’s article has its own credibility problem: a bug in the Detroit News website prevents readers from directly linking to the sources that Joseph cites, making it difficult to ascertain whether the sources really support Joseph’s assertions.)

In response to the numerous criticisms of its article, Reveal seems to have done the right thing - the piece appears to have been updated to include Tesla’s rebuttal of several of the allegations, and to clarify that “some of the workers who spoke to Reveal have supported the unionization effort, while many others - including safety professionals - had no involvement.”

So, who’s right and who’s wrong in this automotive ado? Was Reveal’s revelation just another anti-Tesla hit job, or an exposé of the dark side of the Force? Alas, dear reader, this humble writer cannot answer those questions for you (but here’s a hint: “none of the above” is a possible answer). As all informed media consumers must do (but so many do not), you must gather the facts from a variety of sources and make your own decision.