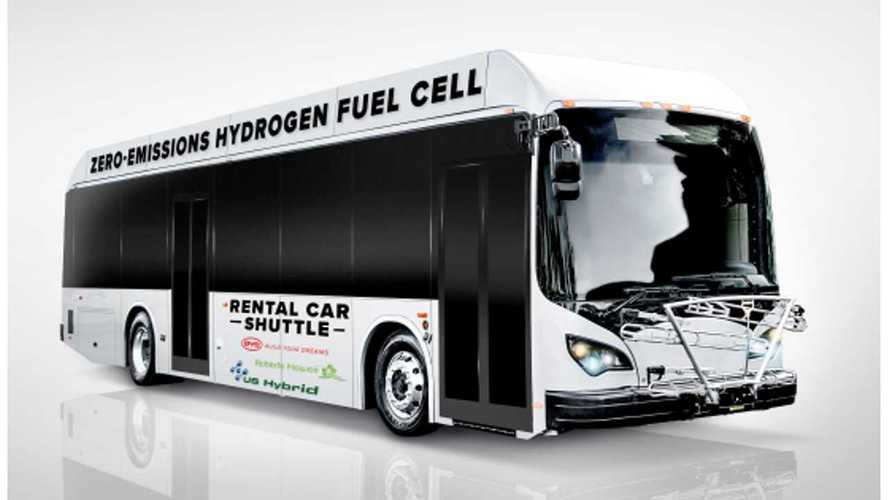 A hydrogen fuel cell range-extended electric bus is to be developed for Honolulu’s Daniel K. Inouye International Airport, one of the busiest airports in the United States.

The vehicle is developed by BYD and US Hybrid Corporation for Hawaii’s Clean Energy Initiative (HCEI) project.

We are a little surprised to see BYD involved in the FCV project, as Chinese company is known for its long-range all-electric buses with very big battery packs.

Read Also - There Are 6,500 Hydrogen Fuel Cell Cars Worldwide (Half In California)

In Hawaii, hydrogen is considered one for solution for the future:

"Robert’s Hawaii, the state’s largest employee-owned tour and transportation company, will serve as the bus operator, shuttling passengers between the airport’s terminal and car rental facility.

Hawaii is positioned as a global center for the advancement of hydrogen and other alternative fuels. The Federal Highway Administration has designated multiple alternative fuel corridors with electric vehicle chargers or hydrogen fuel stations.

Additionally, as part of an agreement between the Air Force Research Laboratory (AFRL) and the Hawaii Center for Advanced Transportation Technologies, the U.S. Air Force has been demonstrating hydrogen as an alternative fuel at Joint Base Pearl Harbor-Hickam."