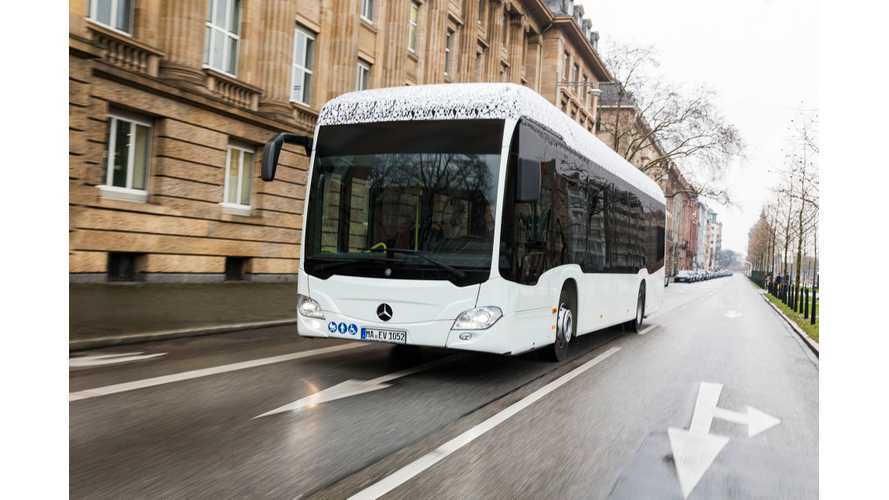 Mercedes-Benz hasn't yet officially unveiled the production version of the Citaro Electric bus (which will happen in September), but the first major order already came in.

Mercedes-Benz Citaro is one of the most popular buses in the world with more than 50,000 copies sold over two generations.

Electrification of the German flagship suggests that soon there will be hundreds, if not thousands, of sales in Europe.

Even before the premier at the IAA, Mercedes-Benz managed to sell 20 Citaro Electric buses to long-time customer Hamburger Hochbahn from Hamburg. The first two will be delivered by the end of this year.

It could be just begining as Hamburger services 111 routes and 1,327 bus-stops with around 1,000 buses. By 2020, the company intends to procure emission-free buses only.

Till Oberwörder, Head of Daimler Buses:

"The first major order for our fully electrically powered, emission-free Citaro has been received even before the official premiere, demonstrating the confidence transport operators have in our concept for electromobility in urban public transport. With the Citaro, we are bringing a major component on the way to locally emission-free bus traffic to market."