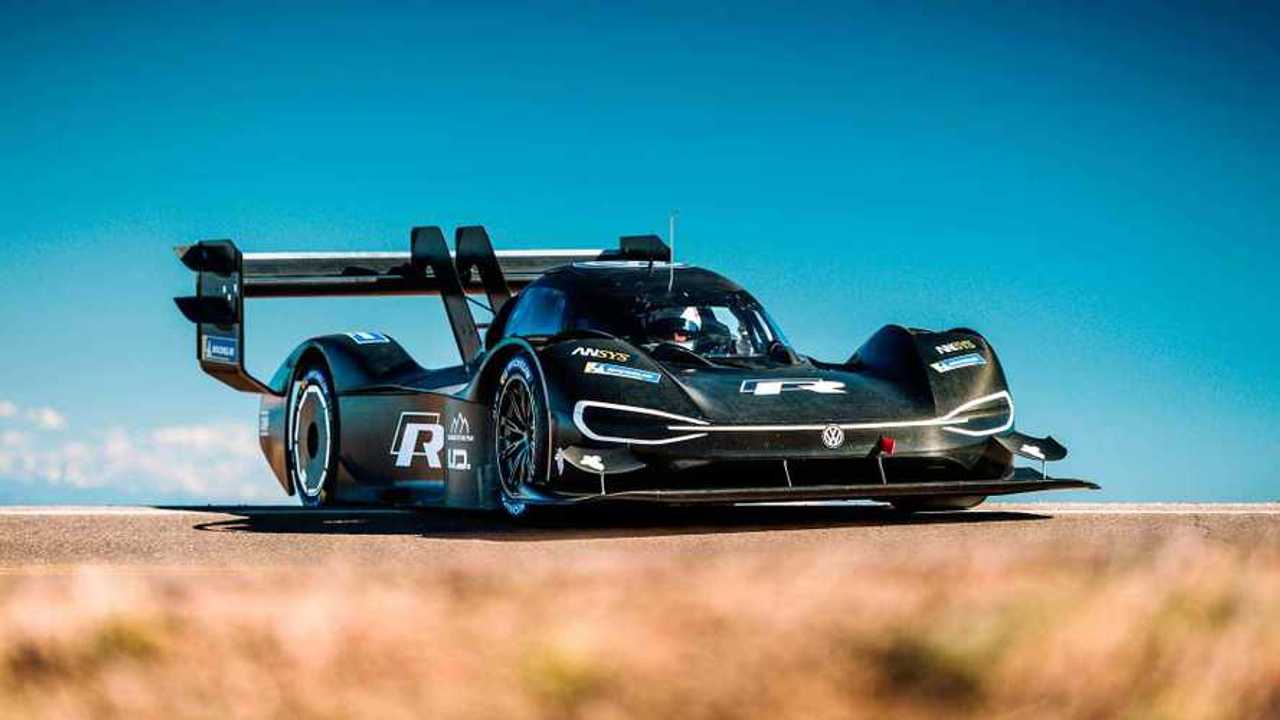 This is just the beginning of VW tuning the I.D. R for the mountain.

The Pikes Peak International Hill Climb doesn't officially kick off until June 24, but Volkswagen is already there testing the I.D. R. A new video shows off some of driver Romain Dumas' early shakedown runs at the mountain. He already looks mighty quick.

“The news from Colorado is very positive: we are on schedule with the preparations for the I.D. R Pikes Peak and can now focus on the fine-tuning,” Volkswagen Motorsport Director Sven Smeets said in the test's announcement.

The team is now working out the ideal suspension and tire setup for the 12.42-mile (19.99-kilometer) course. The crew is also tuning the electric drivetrain's energy management system, like the energy recuperation under braking.

"The acceleration and cornering speed are really impressive, and on top of that the car is very convenient. Thanks to the electric drive, I don’t need to change gears and can focus on the line instead,” Dumas said about the test. He's a Pikes Peak veteran after setting the top times up the course in 2014, 2016, and 2017.

VW wants to set a new course record in the electric prototype class at Pikes Peak, which currently sits at 8:57.118. The I.D. R is a bespoke vehicle for this task, so it's hard to imagine the company not succeeding. The Peugeot 208 T16 holds the quickest time ever at 8:13.878, but it's an ICE vehicle.

VW put an emphasis on maximizing downforce when creating the I.D. R, including 3d printing a variety of parts and then finding the perfect combination of them in the windtunnel. The huge rear wing should held the vehicle stick to the road, too.