Tesla has been touting its advanced air filtration system for some time, but this is to a whole new level.

Some people thought that Tesla's Bioweapon Defense Mode was mostly a marketing scheme. A few years back, the automaker ran come pretty intensive tests (shown below) of the system to prove otherwise. Over the years, others have also put the system through some real-world tests. While some have been rather silly and unscientific (Bjørn Nyland), others have proven that the filtration seems to be working as reported. 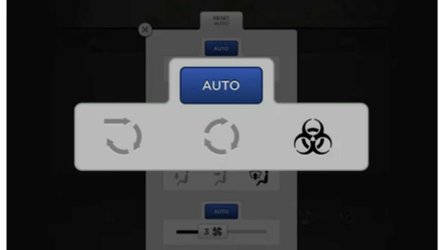 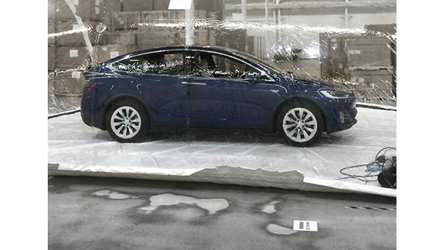 Essentially, the HEPA filter in these vehicles is much larger (about 10 times) and works significantly better than systems in other cars. Tesla claims it can be 100 times more effective than competing premium automotive air filters. The automaker writes that it removes (via Electrek):

. . . at least 99.97% of fine particulate matter and gaseous pollutants, as well as bacteria, viruses, pollen and mold spores.

It turns out that this type of filtration is extremely valuable for people who have asthma, allergies, and many other breathing conditions or disorders. This comes as no surprise since many of symptoms of asthma and allergies are accelerated by the above pollutants.

@elonmusk Thank you & @Tesla for #Bioweapon Defence Mode. Our daughter’s life depended on it. No more asthma attacks in the car. pic.twitter.com/WKXyA0Hxow

Model S & X also have an acid gas filter, an alkaline gas filter & a carbon monoxide detector that autoswitches car to recirc mode. We should prob tell people about this more. Filters are giant, so too big to fit in Model 3.

According to Musk, the full-fledged Bioweapon Defense Mode will not be available in the Tesla Model 3. However, he added that its air filtration is better than any other vehicle, aside from the Model S and Model X.

A few years ago, Tesla tested the system. The following graphic shows the results. Below the graphic, we've included Tesla's related statement and findings:

Air pollution has a significant and pervasive impact on public health. According to the World Health Organization, it is now considered “the world’s largest single environmental health risk,” with more than three million people dying every year as a result. This is more than twice the number of people that die in vehicle accidents each year.

Health and safety are important to us. Just as we’ve designed Model S and Model X to avoid collisions or protect their occupants when one happens, we felt compelled to protect them against the statistically more relevant hazard of air pollution*. Inspired by the air filtration systems used in hospitals, clean rooms, and the space industry, we developed a HEPA filtration system capable of stripping the outside air of pollen, bacteria, and pollution before they enter the cabin and systematically scrubbing the air inside the cabin to eliminate any trace of these particles. The end result is a filtration system hundreds of times more efficient than standard automotive filters, capable of providing the driver and her passengers with the best possible cabin air quality no matter what is happening in the environment around them.

The air filtration system was put to the test in real-world environments from California freeways during rush hour, to smelly marshes, landfills, and cow pastures in the central valley of California, to major cities in China. We wanted to ensure that it captured fine particulate matter and gaseous pollutants, as well as bacteria, viruses, pollen and mold spores.

We then decided to take things a step further and test the complete system as we would on the road, but in an environment where we could precisely control and carefully monitor atmospheric conditions. A Model X was placed in a large bubble contaminated with extreme levels of pollution (1,000 µg/m3 of PM2.5 vs. the EPA’s “good” air quality index limit of 12 µg/m3). We then closed the falcon doors and activated Bioweapon Defense Mode.

The plot below shows the subsequent evolution in pollution levels inside the vehicle and inside the bubble. In less than two minutes, the HEPA filtration system had scrubbed the air in Model X, bringing pollution levels from an extremely dangerous 1,000 µg/m3 to levels so low as to be undetectable (below the noise floor) by our instruments, allowing us to remove our gas masks and breathe fresh air while sitting inside a bubble of pollution.

Not only did the vehicle system completely scrub the cabin air, but in the ensuing minutes, it began to vacuum the air outside the car as well, reducing PM2.5 levels by 40%. In other words, Bioweapon Defense Mode is not a marketing statement, it is real. You can literally survive a military grade bio attack by sitting in your car.

Moreover, it will also clean the air outside your car, making things better for those around you. And while this test happened to be done with a Model X, the same would be true of the new Model S now in production.

Tesla will continue to improve the micro-geometry and chemical passivation defenses in the primary and secondary filters, which are easily replaceable, so this will get better the longer you own your car. Suggestions for improvement are welcome.

* According to the World Health Organization, average annual PM2.5 levels (the most dangerous form of pollution) reach 56 µg/m3 in Beijing, 25 µg/m3 in Mexico City, 21 µg/m3 in Hong Kong, 20 µg/m3 in Los Angeles, 20 µg/m3 in Berlin, 17µg/m3 in Paris, and 16 µg/m3 in London. Based on the findings of a 2013 study conducted at Harvard, these levels of pollution would result in population-averaged life expectancy reductions of 23 months in Beijing, 10 months in Mexico City, 9 months in Hong Kong, 8 months in Berlin and Los Angeles, and 7 months in Paris and London.