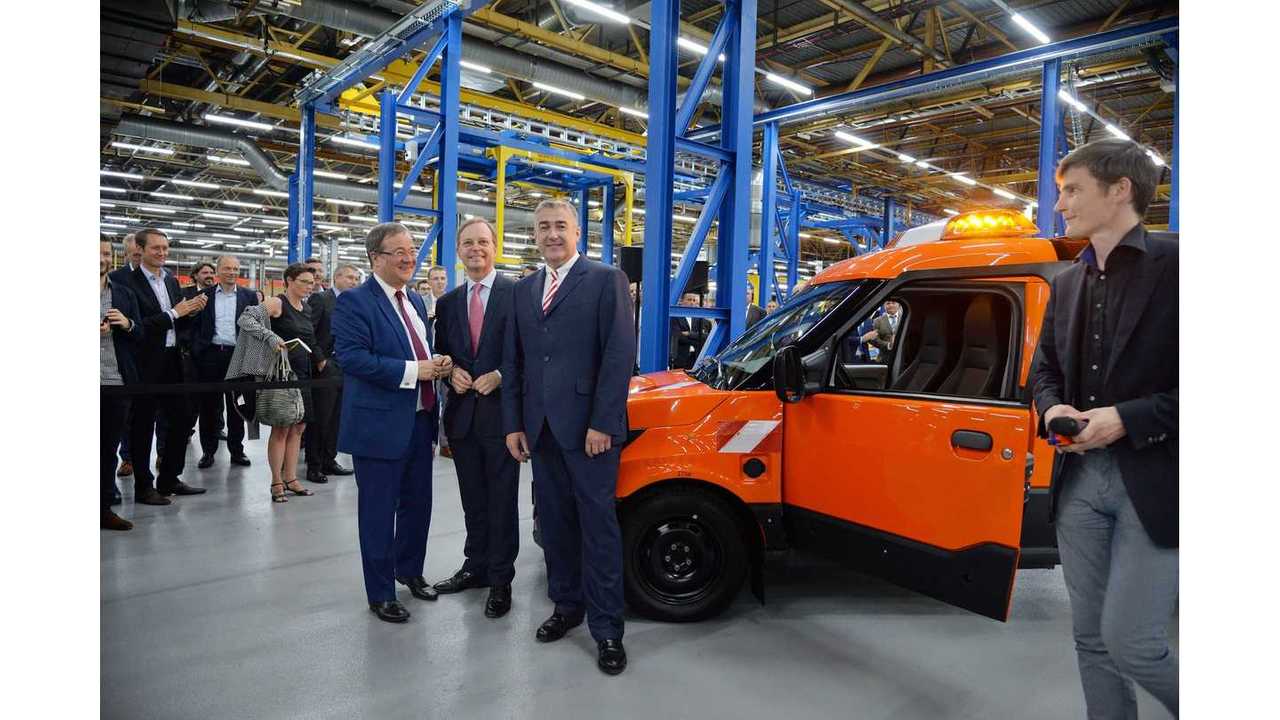 The new 78,000 m2 facility in Düren, Germany will be able to produce up to 10,000 StreetScooters annually, so together with the main factory in Aachen, production capacity will be 20,000.

The biggest customer for the vehicles is Deutsche Post DHL, which already operates around 6,000 StreetScooters.

Factory in Düren will produce various versions of the StreetScooter WORK and WORK L models:

"The WORK and WORK L StreetScooter models have been available to external customers since summer 2017. Industries that have a need for customized electric vans include - in addition to municipalities and craft workshops - energy suppliers, waste disposal companies, airports, facility management enterprises, and catering companies. StreetScooter will produce variants tailored to serve a variety of individual needs with such features as variable loading volumes that include power supply, refrigerated containers, and tilting load platforms.

StreetScooters have been being deployed successively in Deutsche Post DHL's delivery fleet since 2013. At present, the Group is already using around 6,000 of these electric vehicles, which have covered over 26 million kilometers and save around 20,000 tons of CO2 per year. With these vans and the 12,000 or so electric e-bikes and e-trikes, Deutsche Post DHL is operating the biggest electric fleet in Germany."

Taking part in the official opening of the Duren facility was Armin Laschet, Minister President of North Rhine-Westphalia: 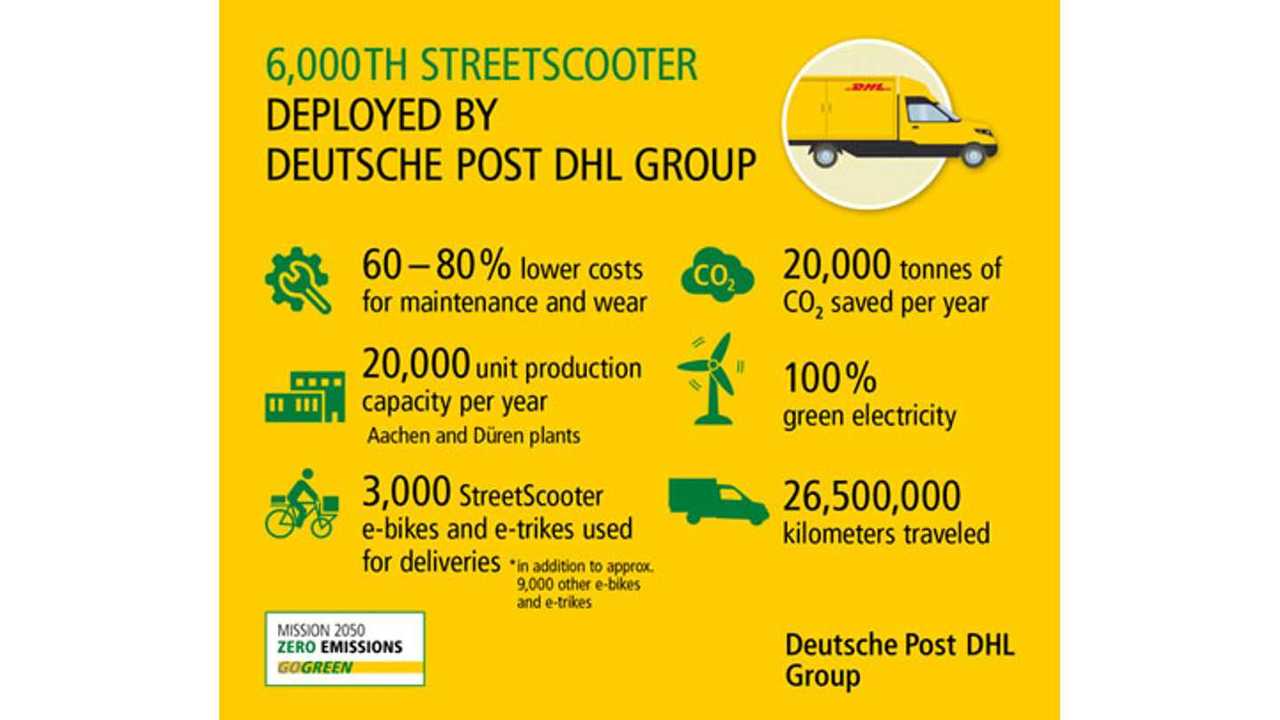 StreetScooters have been being deployed successively in Deutsche Post DHL's delivery fleet since 2013. At present, the Group is already using around 6,000 of these electric vehicles

"The StreetScooter is already an unprecedented success story. The fact that Deutsche Post deploys more than 6,000 StreetScooters throughout Germany clearly demonstrates that electro-mobility is, in several areas, already a perfectly viable, everyday transport solution. It is success stories such as these that can make North Rhine-Westphalia a key driver of growth in electro-mobility," said Laschet, who also pointed to StreetScooter's Düren factory as a positive example of structural transformation. "StreetScooter in Düren will create up to 250 new jobs here in the Rhine region. This is structural change in action, and it opens up new opportunities for the people of the region. And it is exactly this kind of change that the state government will continue to promote with its full focus and commitment."

"E-mobility is on the move. We can see it in growing public interest and increasing third-party customer demand for our StreetScooters. The number of StreetScooters used in the business world, in municipalities and at Deutsche Post is also on the rise in Germany and abroad, and the reason is the same in both arenas: Pollution and more pollution in major cities everywhere. That's why we're delighted to be able to start production in Düren."

"Our two manufacturing facilities in North Rhine-Westphalia enable us to respond even more quickly to the high demand for our electric vehicles both from within DPDHL and by third party customers. But volume is only one side of the coin. What sets StreetScooter apart in particular is the ability to produce affordable, customized electric vehicles for our customers from a variety of industries and countries."

8 Photos
By: Mark Kane
++
Got a tip for us? Email: tips@insideevs.com