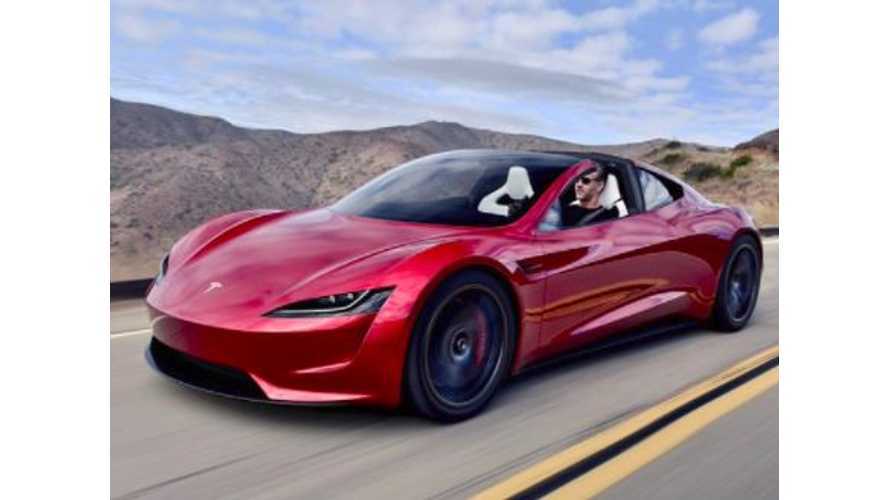 A top dog at Tesla gets attention outside of the automotive world and it's not Elon Musk.

We've said it before and we'll say it again, Tesla Chief Designer Franz von Holzhausen is beginning to be in the limelight more and more these days and the attention he's receiving is well-deserved. Yes, Franz has always been around for events, debuts, interview, etc., but lately, he's taken his turn up on stage, led some of the festivities, and even spoke publicly on several occasions.

With the release of the hugely popular Tesla Model 3, followed by word of a second-generation Tesla Roadster, Franz von Holzhausen has activated more people's radar outside of the Tesla community and EV space. In fact, Fast Company just chose him as one of 2018's most creative people in business. The publication writes:

The 100 visionary leaders you’ll read about here hail from a wide range of fields. Each person has accomplished something truly novel over the past year that is having an impact on an entire industry.

What's more, every one of the 100 people on the list is brand new to Fast Company. They've never been in the magazine previously. This is because the list has nothing to do with overall power or lifetime achievements. These people were picked because they are creating an impact right now, not only on their immediate industries but also on a global level, and oftentimes even on unrelated fields. Fast Company adds this pertaining to these 100 winners:

Each has succeeded in moving his or her entire sector forward in a completely new way during the past year, and these accomplishments are already having an effect on their industries, if not the world.

It’s about unique ideas that are having a meaningful impact–right now–which makes it unlike any other list you’ll see in media.

Even more interesting is the fact that the top five on this list are the students that created March for Our Lives, which is a student-run organization that has taken the gun control issue to Wall Street. Franz falls in the number six spot overall, which is quite impressive. Fast Company concludes:

When Franz von Holzhausen joined Tesla in 2008, the electric-car startup was so inexperienced at vehicle design that it had to outsource most of the work on its original Roadster to the sports-car manufacturer Lotus. Today, its growing product lineup reflects the stylish minimalism of von Holzhausen, a veteran of GM, Mazda, and Volkswagen.