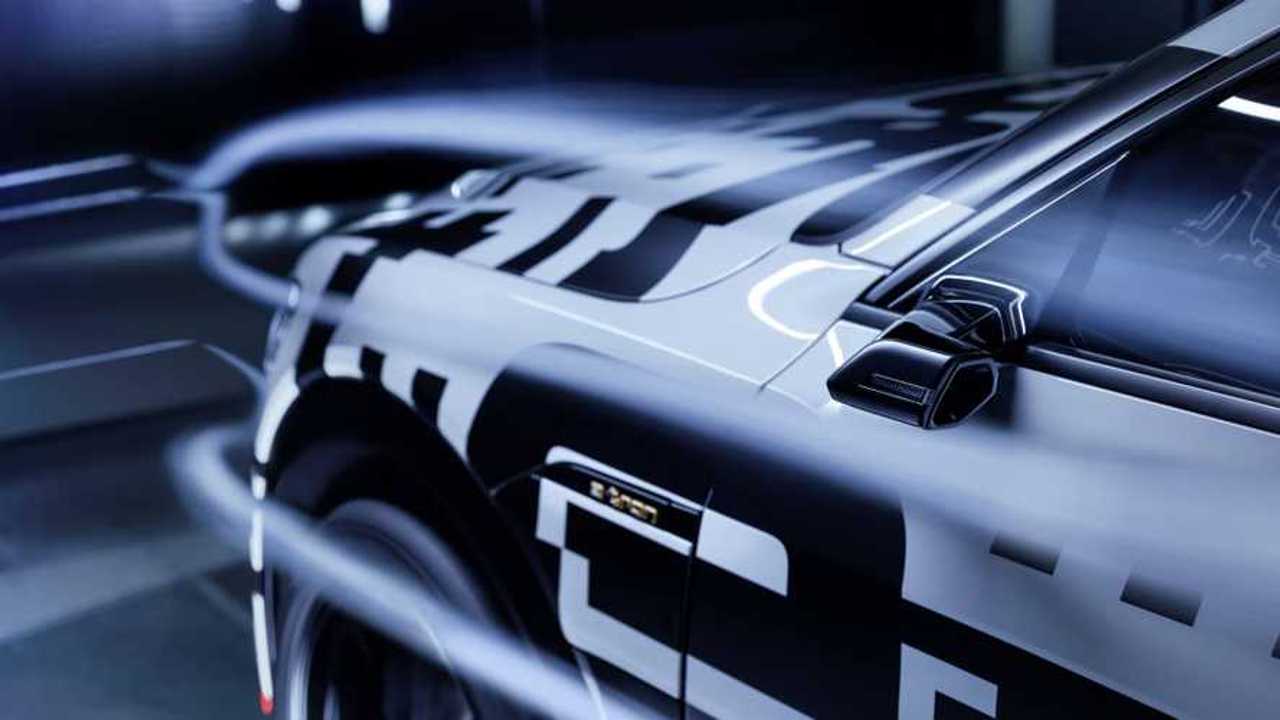 The optional "virtual exterior mirrors" improve the crossover's aerodynamic efficiency to achieve a drag coefficient of only 0.28.

In the build-up to the world reveal of the production-ready E-Tron, Audi has been kind enough to share a great amount of details about its fully electric crossover, including some of the juicy specs. In the most recent episode released today, the peeps from Ingolstadt are happy to talk about how they were able to achieve a drag coefficient of only 0.28.

More of the Audi E-Tron

While that number might not be very impressive compared to the Volkswagen XL1’s Cd of 0.189 or the Mercedes CLA 180 BlueEfficiency’s 0.22, let’s keep in mind the E-Tron is a tall vehicle as every other crossover out there. Having spent more than 1,000 hours in the “world’s quietest vehicle wind tunnel,” Audi’s zero-emissions CUV came out with a remarkably low drag coefficient following numerous tweaks to create a sleek body and consequently boost aero.

A crucial role was played by what Audi refers to as “virtual exterior mirrors.” Set to be offered as optional equipment (in countries where these will be legal), these will in fact be cameras to replace the conventional side mirrors. When equipped, the E-Tron’s width is reduced by a significant 15 centimeters (5.9 inches) and aside from reducing drag, these also diminish wind noise.

The footage grabbed by the cameras is shown on OLED displays located between the instrument cluster and the doors. Audi points out drivers will get to pick from three different viewing modes, depending on the driving situation: highway driving, turning, and parking.

But there’s more to the E-Tron’s aero story than its tiny mirror-replacing cameras. For example, the standard air suspension with adjustable damping lowers the vehicle’s body by up to 26 millimeters (1 inch) at speeds above 74.6 mph (120 kph) to reduce drag. In addition, the underbody is fully enclosed while both the front and rear areas are entirely paneled.

Also contributing to a lower drag is the active cool-air inlet with two electrically operated louvers lurking from behind the corporate singleframe Audi grille. The side air inlets at the front also feature extra ducts to optimize airflow. Even the 19-inch wheels have been aerodynamically tweaked by adopting a flatter design than conventional alloys. Ultra-low rolling resistance tires measuring 255/55 wrap those wheels and feature special tire sidewalls with negative lettering instead of raised to serve as yet another measure to further reduce drag.

As a result of these multiple aero-focused enhancements to squeeze every last drop of efficiency, the Audi E-Tron will provide a maximum range of more than 248.5 miles (400 kilometers) in the more stringent WLTP cycle. It will be possible by using a large 95-kWh lithium-ion battery pack mounted within the floor and rechargeable in just 30 minutes from a powerful 150-kW charging station.

Audi will reveal the road-going E-Tron on August 30 at the Audi Summit in Brussels, Belgium. In 2019, the more stylish E-Tron Sportback will join the company’s EV portfolio.

The better an electric car’s aerodynamics, the further it travels: With a drag coefficient of 0.28, the Audi e-tronprototype achieves a top result in the SUV segment. This figure is a decisive factor in the everyday range of more than 400 kilometers (248.5 mi) in the WLTP cycle. The virtual exterior mirrors constitute one highlight in the aerodynamics concept of the all-electric premium class model.

The scenario: endurance tests in the wind tunnel

In front of the low-noise rotor measuring around five meters (16.4 ft) in diameter, the Audi e-tron prototype stares into the eye of the hurricane. On the aeroacoustics test rig in the Wind Tunnel Center in Ingolstadt, the world’s quietest vehicle wind tunnel, the Audi engineers optimize drag and noise under extreme conditions. Both are crucial for a car’s efficiency and comfort. With an output of 2.6 megawatts, the fan produces speeds of up to 300 km/h (186.4 mph). The Audi e-tron prototype was put through over 1,000 hours of testing here.

The result: a drag coefficient of 0.28. Customers benefit directly from this low figure as drag contributes decisively to the high range of more than 400 kilometers (248.5 mi) in the WLTP cycle. A hundredth of the drag coefficient figure represents a range of around five kilometers (3.1 mi) driving under everyday conditions.

Drag: essential on long journeys On long journeys where the Audi e-tron prototype is perfectly at home, the drag constitutes the key driving resistance – far more important than the rolling resistance and inertia. The energy is lost which the car needs to overcome this resistance. That is why good aerodynamics are so important. In urban traffic, however, other factors come into play. Here an electric car can recover a large part of the used energy when braking, thereby reducing the importance of its mass.

To achieve the drag coefficient of 0.28, the Audi engineers developed a wide range of aerodynamics measures in all body areas. Some of these technical solutions are evident at first glance, while others fulfill their purpose hidden away from sight. Thanks to these solutions, the drag coefficient for the Audi e-tron prototype is almost 0.07 less than for a comparable, conventionally powered vehicle. With a typical usage profile this set-up increases the range by around 35 kilometers (21.7 mi) per battery charge in the WLTP cycle.

Smart solutions: virtual exterior mirrors and dimples on the underbody The optional virtual exterior mirrors will be making their world premiere in the volume-production version of the Audi e-tron prototype. They are much narrower than the standard mirrors: They reduce the vehicle width by 15 centimeters (5.9 in) and, thanks to their new shape, not only reduce drag, but also noticeably cut the nonetheless low wind noise. Each of their flat supports integrates a small camera. The captured images appear on OLED displays in the transition between the instrument panel and door. The virtual exterior mirrors can be adapted for various driving situations, thus potentially improving safety. Three views are available in the MMI system – for highway driving, turning and parking.

Another important factor is the standard adaptive air suspension – a pneumatic suspension with adjustable damping. At speeds above 120 km/h (74.6 mph), it lowers the body by up to 26 millimeters (1.0 in) below the normal position, thus reducing the drag. The underbody of the all-electric SUV is fully enclosed; the front and rear area are fully paneled. Underneath the passenger cell, an aluminum plate protects the high-voltage battery against damage from below, such as stone chipping or curbs. Its bolting points come with bowl-shaped indentations, similar to the dimples on a golf ball. They make the air flow much better than a totally flat surface.

The controllable cool-air inlet – a frame behind the Singleframe with two electrically operated louvers – also helps lower drag. When shut, the air in this area flows with virtually no swirl. As soon as the drivetrain components need cooling or the air conditioning condenser requires ventilation, the top louver opens first and then both louvers. When the hydraulic wheel brakes are subject to high loads, the controllable cool-air inlet opens and releases two ducts which channel the cooling air into the front wheel arches to the brakes.

The side air inlets at the front of the Audi e-tron prototype incorporate additional ducts, which are clearly visible from outside, to the wheel arches. They channel the airstream so that it flows past the outside of the standard aerodynamically optimized 19-inch wheels. Their design is flatter than with conventional wheels. The 255/55 size tires stand out with their ultralow rolling resistance. Even the tire sidewalls add to the aerodynamic design – the lettering is negative instead of raised.