The highly anticipated Kia Niro EV just made a rather surprising debut at the 5th International Electric Vehicle Expo in South Korea.

It was shown alongside the Niro Plug-In Hybrid and Soul EV.

In addition to the reveal of the production version of the pure electric crossover, Kia released some vital new information on this soon-to-be available electric CUV.

Like the Hyundai Kona EV, the electric Niro will be offered with two different battery capacities (only the bigger battery is expected to be offered in the U.S. though):

Range for the big battery is claimed to be 236 miles, while the smaller battery pack offers up some 149 miles per charge. The similar Hyundai Kona goes further per charge, but it's slightly smaller. 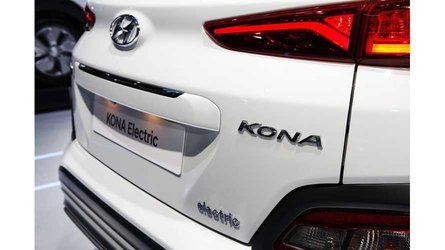 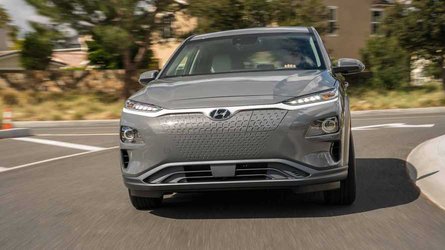 Kia Motors' position in the market will further solidify. Kia doesn’t believe that there is any ‘silver bullet’ that can satisfy the demand for low-emission technology within the car industry, so we foresee a wide range of eco-friendly powertrains co-existing for an extended period of time.”

We expect to have more details on the European and U.S. launch schedules of the Kia Niro EV in the near future.

Kia claims to have received 5,000 orders for the Niro EV in Korea, where it will be sold first later this year.

Kia Motors introduced the Niro EV at the ‘5th International Electric Car Expo’, which was held at the Jeju International Convention Center on May 2nd.

The Niro EV, a prototypical environmentally friendly SUV, is generating high anticipation from its customers, with more than 5,000 contracts in three days in February.

The Niro EV was unveiled in January at the ‘CES 2018’ when it took over the design concepts of the ‘Niro Electric Vehicle’s leading concept’. While taking in the sense of ‘clean and high tech’, the company also emphasized its creative appearance and new applications by introducing a radiator grill for exclusive use of Niro EV, an intake grill for futuristic image, daytime running lights with the shape of an arrow head, and modified side sills.

An official of Kia Motors emphasized, “The Niro EV is equipped with the best commerciality; it can travel long distances with a single charge and the space utilization is the best in its class. With the Niro EV, which covers all aspects of economy, space and safety, Kia Motors’ position will be further strengthened.”

Meanwhile, Kia Motors will exhibit the Niro EV, Niro PHEV, Soul EV, and other electric vehicles during the ‘5th International Electric Car Expo’, which will be held from the 2nd (Wednesday) to the 6th (Sunday).