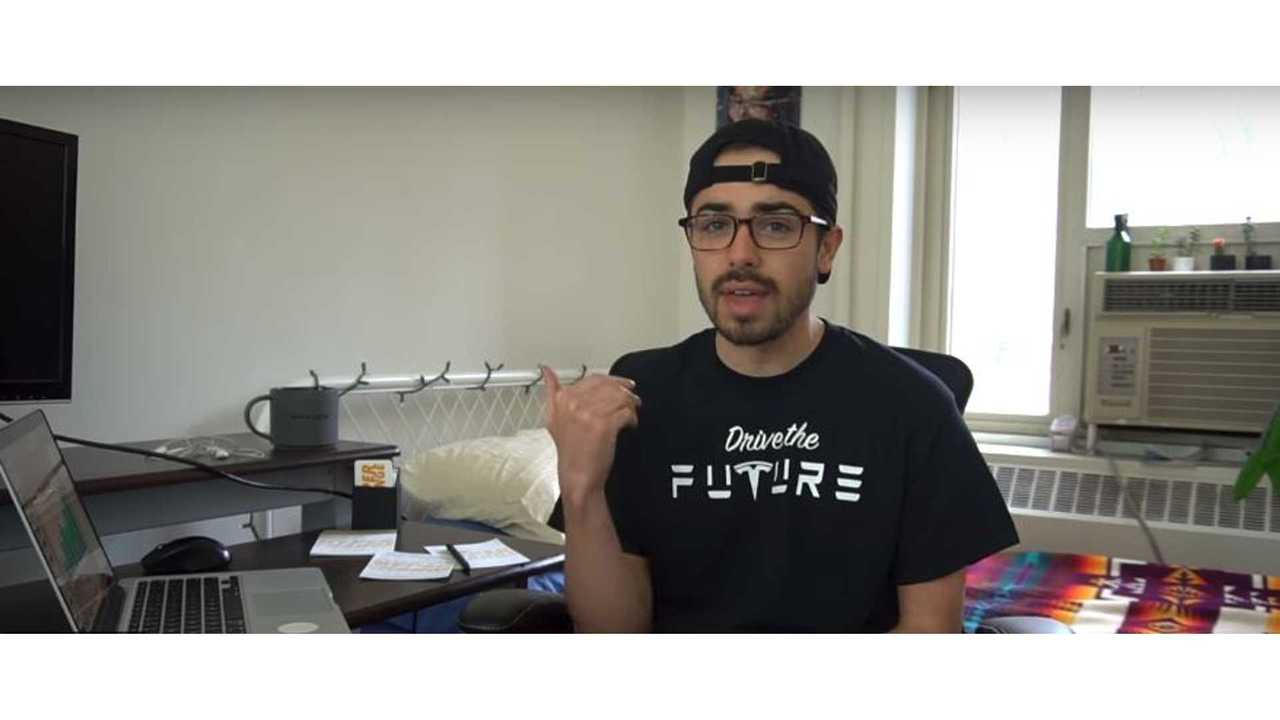 This Tesla earnings recap will be different. It has to be. Let me explain.

The star of this quarter's earnings call was a 25-year old YouTuber, Galileo Russell. 99.9 percent of the financial world and the same percentage of the Tesla community had never heard of Galileo before last night. However, I know Galileo because he's a regular contributor to our blog, writing about financial news (e.g. here, and here) associated with Tesla.

A few weeks ago, Galileo called to ask me if I thought he'd be able to ask questions on Tesla's earnings conference call. I said, "no way," and went on to ramble about the murky dynamics between Wall Street analysts and the relationship between their "analysis" and the fees their bank bosses collect as a result of company capital raises. This, I argued, is why analysts are so fanatical in their quest to push Tesla to raise capital.

I told Galileo that a small-time retail investor would never get in the middle of this bizarre dance that occurs on earnings calls. Bank analysts ask heavy-handed questions alluding to the need for capital raises — a strong-arm tactic that always remains front-and-center on these calls. Analysts say Tesla needs to raise capital, Tesla (later) raises capital, and banks collect fees.

Musk bucked this trend recently on Twitter when he refuted a story in The Economist and wrote, "Tesla will be profitable & cash flow+ in Q3 & Q4, so obv no need to raise money." He did this leading up to the earnings conference call. Don't get me wrong, Tesla has needed to raise capital in the past. Is it possible things are changing?

Sure enough, after Musk's tweet, analysts (and the financial press) went into a frenzy about Tesla's dire need to raise capital. After all, they argued, the company was on the verge of bankruptcy and Tesla's absolute demise was imminent. Which makes me wonder... is the financial press rooting for Tesla or rooting for the banks? Who knows.

In any event, I told Galileo that these earnings calls are a grandstanding exercise — not a place where good questions are asked. Galileo insisted that he'd try to get on the call.

Sure enough, he did. On Twitter, Musk agreed to let Galileo on the call. On the earnings call, Musk reaffirmed no need for a capital raise. Then, in a defiant move, Musk pushed aside the analysts to give Galileo "the floor" to ask a lot of questions. A lot of questions.

Sure, Galileo is a small-time investor. But he must've sparked something in Musk to allow him on the call. Galileo stood up for retail investors instead of the bigwigs on Wall Street. Pretty disruptive. So I think it's best to let Galileo recap the earnings call for you.

Elon Musk just tweeted, "You're most welcome" to Galileo and linked his video recap on youtube.

Galileo, I stand corrected. You got on the call! You should tell our readers more about it.