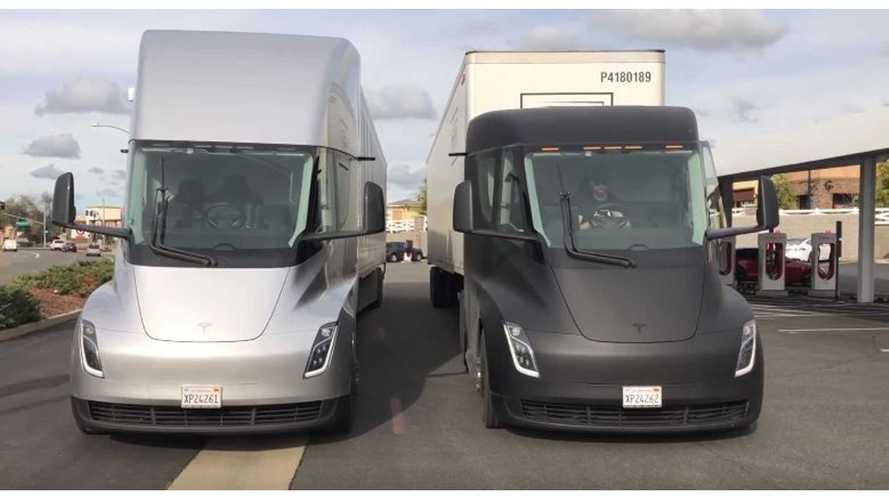 The range of the Tesla Semi has yet to be confirmed by testers, but Tesla CEO Elon Musk says that it'll at least deliver on initial claims and most likely surpass them.

When first revealed, two range options for the Semi were announced (along with the additional info shown below):

“If Tesla really delivers on this promise, we’ll obviously buy two trucks — one to take apart and one to test because if that happens, something has passed us by. But for now, the same laws of physics apply .”

Well, last night on the Q1 2018 Tesla conference call, Musk took offense to Daum's doubts when he was asked if there was any merit to the claim of the Semi defying Musk. Here's what we wrote:

"He then moved on to ask about the Semi, mentioning that Daimler’s CEO had stated that it seemed to break the laws of physics. To this, Musk snorted, “Ha! He doesn’t know much about physics!” and went on to mention that he (Musk) had “actually studied physics in college.” Answering the question of whether there the Semi and Roadster depended on some sort of technological breakthrough, Musk stated that they could do a 500-mile truck with the technology they have now, and that he thinks the “actual production unit” would be capable of more than 600 miles. CTO Strabel mentioned that he thought the confusion stemmed from a misunderstanding of what Tesla’s current tech can actually do."

We've verified this to be true in examining the Roadster's claimed range, so it's possible the same holds true for the Tesla Semi, too.