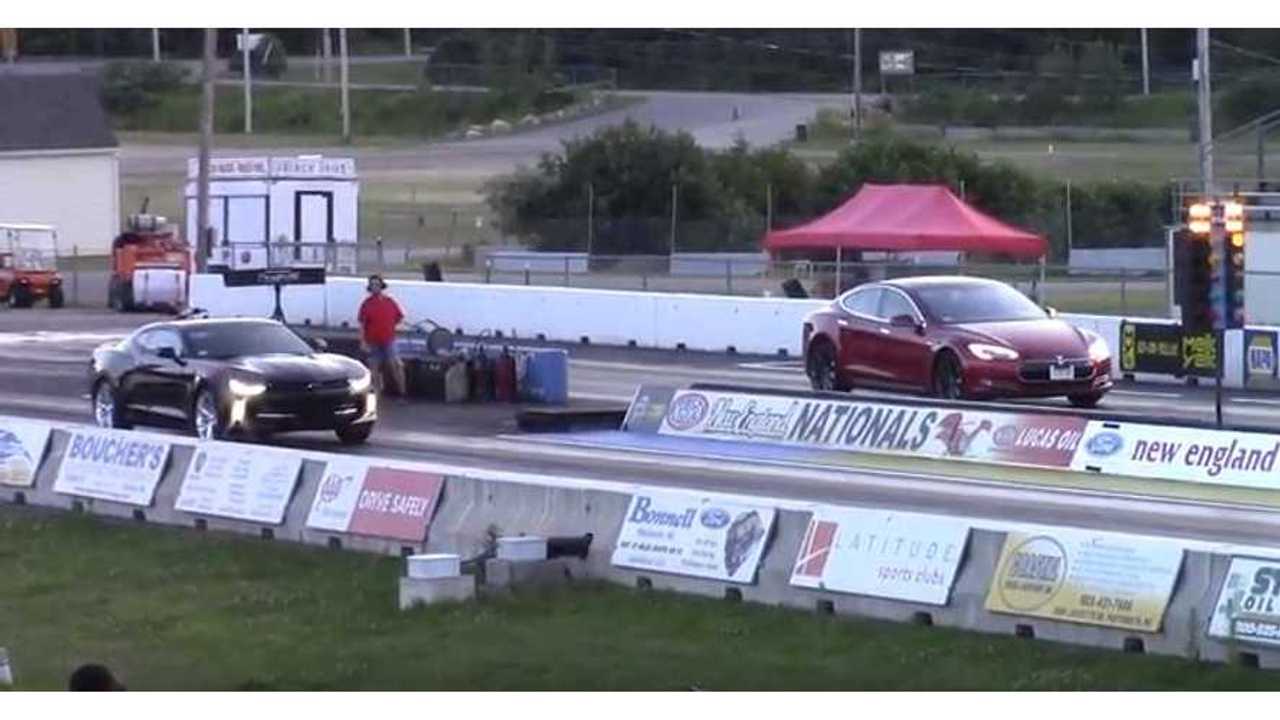 This turbo Chevy Camaro doesn't even stand a chance against the all-electric torque of the Tesla Model S.

For some, watching Tesla vehicles destroy ICE cars on the drag strip may get old. For others, it's just more ammunition to share with those that are not yet converted. When breaking the "ICE" with family or friends about the importance of electric cars to our future, gather up some videos like this to show them that EVs are surely not lacking.

There's not really much to say about this one, except that it looks like a race car racing a kid's toy. Yes, we know people will say that if the cars were traveling further, going to top speed, or hitting a winding road, the Camaro would eventually overtake the Model S (this is why we need an electric Camaro).

But c'mon ... in everyday driving, the zero-to-60-mph time and instant torque is something that anyone can appreciate. If you're driving beyond a quarter-mile with the pedal to the floor or trying to achieve the top speed in your car on local roads, you're breaking the law and putting yourself in an unsafe situation.

Sure, if you only intend to use your car to win races on legal tracks and you don't mind cramped accommodations, there are many fantastic options that will outperform the Model S in certain circumstances. But, when talking about a five- to seven-seat family sedan that can pull of such head-turning results, it sure is impressive.