What Does The Future Hold For Tesla, According To Elon Musk? 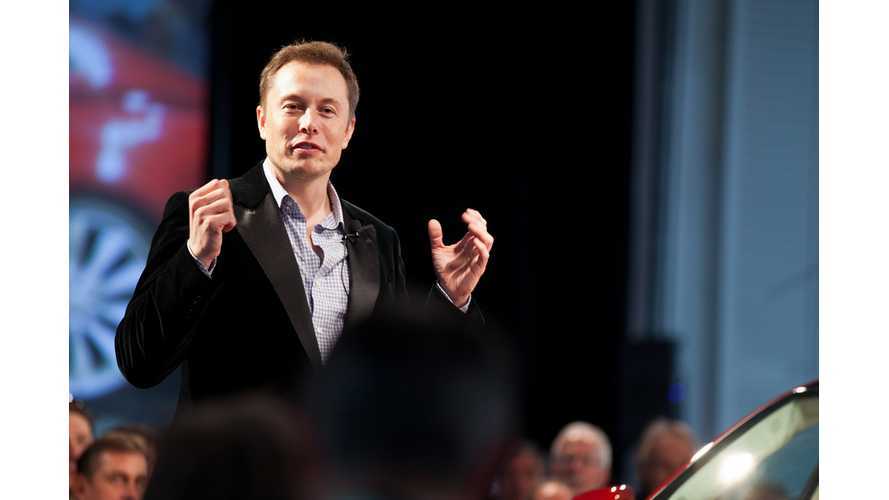 ACCORDING TO ELON MUSK, HERE'S WHAT LIES AHEAD FOR TESLA

In the short term, Tesla continues to struggle with Model 3 production delays. However, if you look at the long-term, once Tesla overcomes its factory bottlenecks, an aggressive set of initiatives is planned for the future. Visual Capitalist reports on "Elon Musk’s future vision, and what it holds for the company once it can get past current production issues."

Watch This: Check Out All 8 Videos Of Tesla CEO Musk On CBS This Morning

Part of Musk's plans are new vehicles from Tesla. What can we expect? The new Roadster and the much-hyped Tesla Semi "which can go 0-60 mph with 80,000 lbs (36 tonnes) in just 20 seconds. Fully electric, and with a 200 kWh battery pack, Musk says that it would be 'economic suicide' for trucking companies to continue driving diesel trucks."

That's not all. Expect updates soon on the forthcoming Model Y which is "expected to go into production in 2019. It will round out the 'S3XY' product line of Tesla’s first four post-Roadster vehicles." And although details remain sparse, plans are in place for a pickup truck which "will be Tesla’s priority after the Model Y, and Musk says he is 'dying to build it'. Musk says it’ll be the same size of a Ford F-150 (or bigger) to account for a 'game-changing' feature he wants to add, but has not yet revealed."

Above: A look at the 2020 Tesla Roadster and Semi trucks (Image: InsideEVs via TheTeslaLife)

Of course, Tesla still has to get their production processes under control prior to expanding to more factories. However, "Tesla said in 2017 that there will be 'probably four' more battery Gigafactories in locations that would 'address a global market', including one in Europe. This makes sense, since the need for lithium-ion batteries to power these EVs is exploding." This is in addition to Tesla's "Gigafactory I in Reno, NV (Batteries), and Gigafactory II in Buffalo, NY (Solar panels)."

As China removes many of its restrictions on foreign auto companies, "make no mistake about it, Tesla wants to own a large chunk of... China accounted for 24.7 million passenger vehicle sales, amounting to 31% of the global auto market." At this stage, "Tesla already owns about 81% of the market for imported plug-in EVs in China." With new policies in place, China could represent a big opportunity for Tesla in the coming years.

And there's plenty more on tap for Tesla. Its foray into stationary storage and solar roof tiles is "democratizing green energy by creating a self-dependent ecosystem of products." And plans are in place for a proprietary ride-sharing service, the Tesla Network, to complement its efforts to achieve vehicle autonomy as Autopilot steadily improves. And there's more. For an expanded look at Tesla's plans, check out the infographic below...