How DriveTribe Is Involved With Marketing Audi Electric Cars 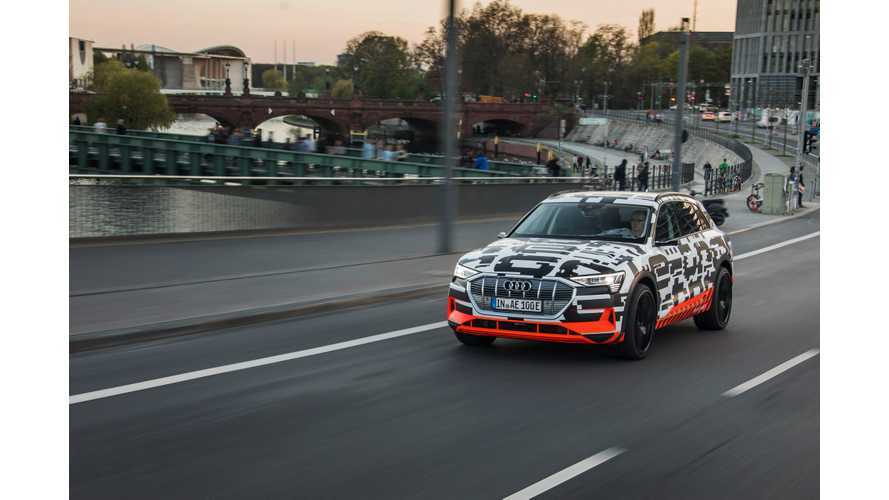 The Grand Tour guys give Audi love for money

The Audi E-Tron Quattro is set to reach showrooms later this year, and the work of bringing this all-electric SUV to the public's attention has begun. To aid in that effort, the automaker is partnering with DriveTribe, an automotive social media website started by the three stars of Amazon's The Grand Tour, formerly of the BBC show, Top Gear. It is is the first such relationship that internet platform has entered into.

For its investment, the prominent member of the Volkswagen Group expects the website to create and feature e-Tron SUV-related content and develop a community of electric vehicle and Audi fans. That's quite a task, but it has some time to get the deed done, and DriveTribe does have a large number of contributors — over 53,000. While we're unsure of how many members the platform has in total, it's worth noting that the Porsche tribe alone has over half a million members.

Audi began the groundwork about a month ago, kicking off its own official Audi Electric tribe. Searching "e-tron" on the site also brings up content already created and shared within other pre-existing tribes.

The deal is just the first of many to come. After featuring pure content since it launched in 2016, the effort to monetize the site has begun in earnest, with "...video advertising, with display and sponsorship models" about to begin as well, according to Wards Auto.

Frankly, we're not sure the partnership will drive many from the tribes to actual showrooms, but we do see it as a welcome attempt to bring the joys and advantages of battery-powered motoring to a new audience. We'd also be remiss if we didn't mention our own platform for discussing electric vehicles, such as the Audi e-Tron: the InsideEVs Forum. While it might not have all the flash of the Drivetribe experience, it does give a home to owners and the interested to exchange information about their expectations and experiences.

Gallery: How DriveTribe Is Involved With Marketing Audi Electric Cars