All Future DS Models From 2025 Will Be Electrified 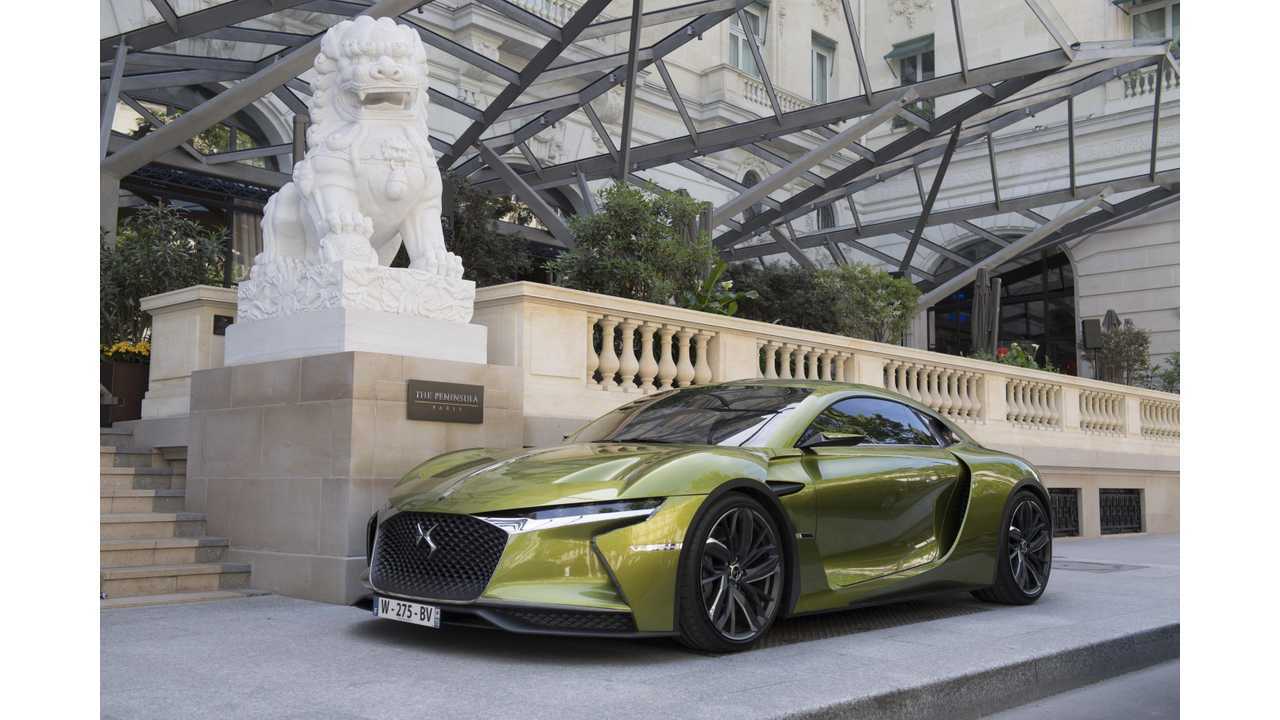 The DS brand (the premium arm of PSA Group) announced total electrification from 2025 - all models will be hybrid or electric or both.

The French company is going to start its plug-in journey with electrification of the DS7 CROSSBACK E-TENSE - a plug-in hybrid version with 300 hp (AWD) and 30 miles (48 km) under WLTP will have its first official outing in autumn 2019.

Soon, at the next Paris Motor Show, we should see the first all-electric DS (see photos and videos here), which could have a lot from the DS E-Tense Concept Car.

The new plan was shared at Formula E Paris ePrix, as DS is engaged in the electric racing since 2014.

"While DS Automobiles has already announced that the second generation of its models would be available in an electrified version (hybrid or electric), CEO, Yves Bonnefont, revealed that: "starting in 2025, each new DS will be launched exclusively with electrified powertrains. Our ambition is very clear: for DS to be among the global leaders in electrified cars in its segment.

"Our strategy is underway with the arrival of DS 7 CROSSBACK E-TENSE 4x4, fitted with a hybrid (petrol-electric) drivetrain and boasting 300hp, and is to be followed soon with the presentation of the first 100% electric DS model. See you at the Paris Motor Show!"

FROM TRACK TO ROAD - THE ROLLOUT OF THE DS STRATEGY:

As a pioneer, DS Automobiles has been committed to Formula E since its formation as a Brand (in June 2014). An avant-gardist in this electrified motor sport, it now welcomes the arrival of new, competing brands in the coming seasons. With DS E-TENSE FE 19, its new-generation single-seater developed by the teams from DS PERFORMANCE - its Motor Sport Department, it is the only French brand to be an FIA-approved manufacturer for the 2018/2019 season.

Being a true test and development environment for DS Automobiles, Formula E plays a key role in the strategy for the electrification of its models: the knowledge and experience of electric technology gained is and will be used on its series cars, now and in the coming years.

DS 7 CROSSBACK E-TENSE 4x4 will have its first official outing in autumn 2019. It will offer four-wheel drive, 300hp and a 30-mile driving range in zero emission mode (WLTP drive cycle). Starting with DS 7 CROSSBACK, all future DS models will have electrified versions. This is why DS Automobiles will be proud to present its first 100% electric DS model at the forthcoming 2018 Paris Motor Show. Following on from this momentum, starting in 2025, every new DS model will be available only in electrified versions (either hybrid or 100% electric, or both)."