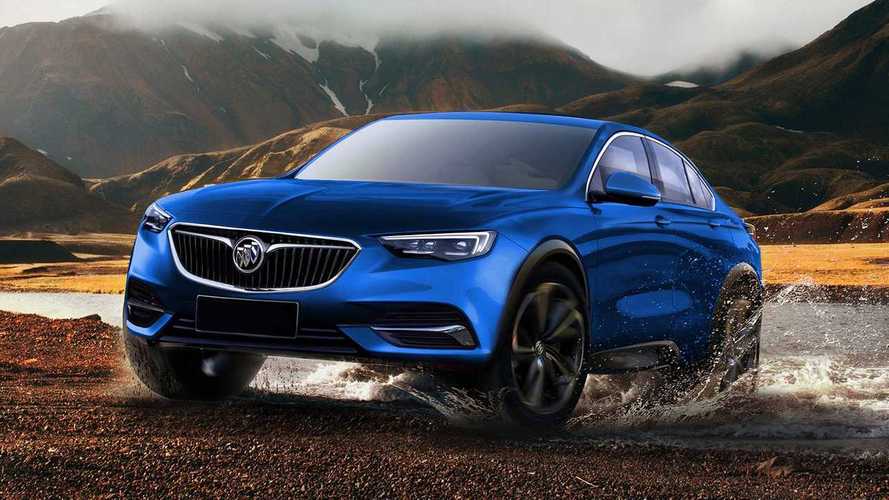 Hey, Buick - this thing needs to happen in real life!

Buick’s Enspire concept was undoubtedly one of the coolest cars at this year’s Beijing Motor Show, but unfortunately, at this point, we don’t know whether it will morph into a production model in the near future. Despite that, talented automotive designer Kleber Silva has created a set of computer drawings, giving the study production clothes – and they look awesome.

The concept was actually used to demonstrate a new and more attractive take on the company’s current design language. The broad grille at the front is vastly different from what we’ve seen from the brand in the last couple of years, but for its virtual transition to a production car it gets a familiar face, inspired by the Regal TourX.

Of course, the rendered vehicle uses traditional doors with conventional door handles and side mirrors, replacing the small cameras of the concept. At the back, gone is the single bar with LED lighting that stretches all the way across the rear, which is replaced by a more down to earth layout with two separated clusters. Interestingly, the oversized wheels of the concept fit perfectly the toned down design of the proposed production version.

The show car from Beijing features a purely electric powertrain, which produces 550 horsepower (410 kilowatts). The car should be able to travel up to 370 miles (596 kilometers) between charges and the automakers estimates the SUV would hit 60 miles per hour (100 kilometers per hour) from a standstill in just four seconds.

We are excited to see what the future holds for the impressive SUV concept and we can only hope it will eventually morph into a production vehicle. If it gets at least a portion of the study’s appealing appearance and its electric powertrain, it could become one of the hottest new SUV offerings on the market. Fingers crossed!