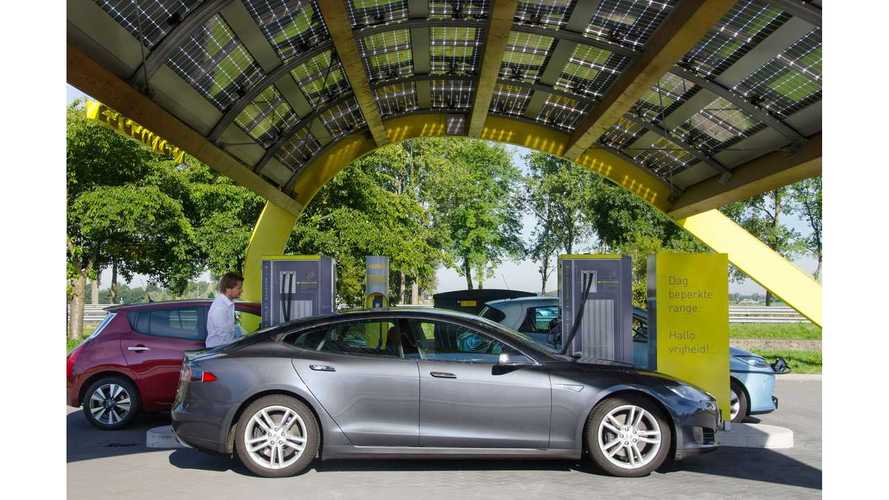 Fastned is quickly expanding its business, so the net loss of €5 million (similar as to 2016) is not all that important at the current stage (BEVs stands for just 0.3% cars in the Netherlands). In 2018, the company should achieve over €1 million in revenues.

"Anticipating on the exponential growth of the number of electric cars, during 2017 Fastned continued investing in the development of new locations for fast charging stations. Partly as a result of this, the net result amounted to EUR 5 million negative, of which more than EUR 1.5 million was 'non-cash' (depreciation and converted interest). The loss was slightly lower than in 2016 due to strong revenue growth, and in spite of increasing operational costs due to the establishment of offices and teams in Cologne and London.

As a result of the conversion of 10 million euros of debt to depositary receipts by investment company Breesaap, the balance sheet of Fastned improved considerably during 2017. At the end of the year Fastned had a positive equity of 3.1 million euros. In addition, Fastned had 16.3 million euro of liquid assets on the balance sheet at the end of the year. This large cash position was a direct result of the successful issuance of bonds in December and is currently being used for the construction of more than 30 new charging stations in the Netherlands and Germany."

"We see that the market is accelerating. Our revenues have almost doubled in the past 6 months. At busy stations we have started to add chargers to accommodate for this growth. Some are faster 175kW chargers which people can use to charge their car up to 50 times faster than at home. We have done this in anticipation of a new generation of electric cars of which we will see the first models hitting our roads in the next few months."