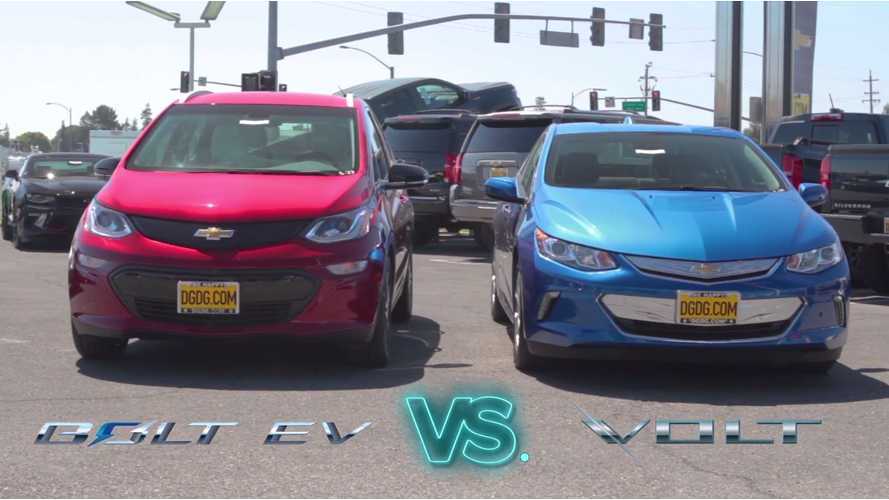 Unfortunately, due to GM's recent decision to withhold monthly sales reports in favor of a Tesla-like quarterly reporting system, we don't have very much to share with you here. However, what we do have to share is compelling, to say the least. Keep in mind, we will watch, update, and adjust the sales scorecard in July when GM releases quarterly sales.

InsideEVs considers this information important to our readers and a testament to what we've been doing for some time. So, we won't deprive you of what we've learned over the course of the month.

As expected by most, Chevrolet Bolt sales are flat for April. Our estimated numbers match up pretty well with that of last year's numbers. Chevrolet Volt deliveries are down again year-over-year, but there's a bit of a twist.

In March 2018, Volt sales jumped ahead of Bolt sales by a very slim margin. This is because GM has upped production and inventory on the Volt as of late. Added to this, Bolt allocations are actually down.

Additionally, GM restarted Bolt deliveries to South Korea a bit earlier than previously reported. Bolt EVs started to once again find their way to Asia in late March, rather than sometime in April, which was the initial plan.

Taking all of this into consideration, along with monitoring daily inventory and sales, Volt sales surpass Bolt sales once again this month, at least based on our detailed analysis and expert opinions and estimations.

Yes, again, Volt sales are somewhat of a disappointment when compared to April 2017's 1,807 and last month's 1,782. But, nonetheless, things are looking up for GM's aging plug-in.

Despite the growing competition, it seems GM is aware that its highly successful, long-range plug-in may still have some pull as people begin to be apprised of the EV market.

Let's face it, as more and more people's eyes are opened regarding electric vehicles, searching for a car sheds even more light on the segment. There's still not a widely available PHEV (EREV) with the sportiness, range, reliability, and overall track record of the Chevrolet Volt.

It can also be assumed that those looking at all of these newly offered plug-ins have come to realize the Volt as an incredibly viable option. Moreover, people initially considering the Bolt, and either having issues with availability depending on location, over-extending their budget, or simply not having the local charging infrastructure or readiness to go all-electric are finding the Volt as the best choice for their priorities.