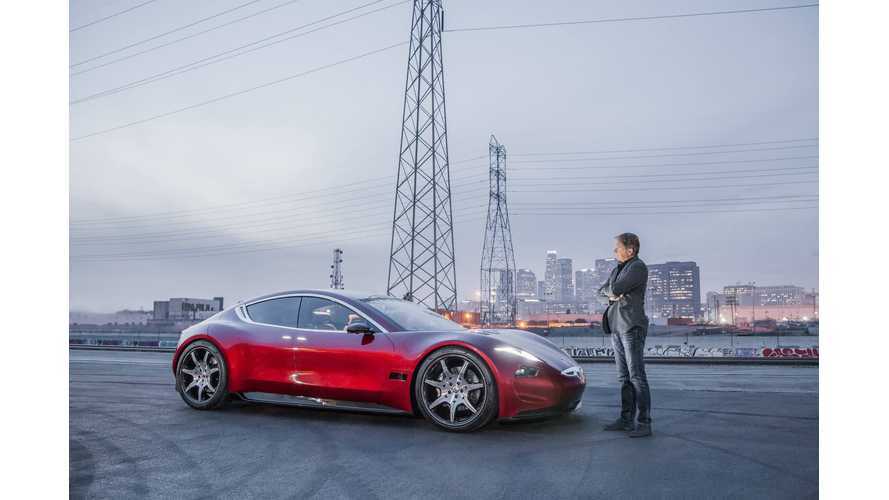 Now, this is an EMotion-al interview!

The Fisker EMotion is not just a car. It's a shot at redemption for Henrik Fisker: the man whose first attempt at automaking — see the Fisker Karma — ended in tears and a lawsuit. But more than that, it could also herald a new age of longer range, faster recharging electric vehicles. That is, if the "flexible solid-state" battery technology his company is simultaneously developing lives up to its hype.

With an ambitious production target of 2020 for both the car and battery not so far away, we had a number of questions we wanted to ask Mr. Fisker to help us get an idea of where the effort stands at the moment, and just how hopeful we should feel about the $130,000 all-electric luxury sedan and the solid-state batteries that could power it. Luckily for us, the designer-cum-auto-entrepreneur spared some time for our inquiries, and you can read the results for yourself below. So there you have it. It seems like the next couple of years will be intensely busy if Fisker is to hit his challenging 2020 target. The big things to watch for will be the acquisition of a factory, the building and testing of mules, and the performance of the flexible solid-state battery once installed in an EMotion.

One of the big questions that we didn't ask this time (but has been addressed elsewhere) is money. For now, the undertaking is privately financed and has the capital it needs for at least the immediate future. Hopefully, we'll have an opportunity to talk again once things are a bit farther along, and we'll certainly bring that subject up at that time. Until then, godspeed and good luck.