How About A Pop-Up Station For On-Street Charging? 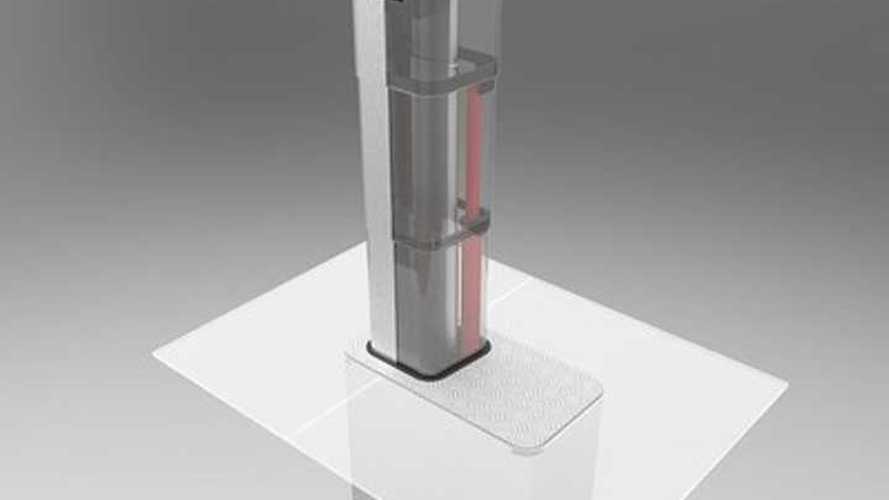 The UEone's special feature is that it retracts underground when not in use to minimize the impact on the urban environment.

Electric car drivers need just to park and use the app to summon the charger... hopefully it does not suck the entire car underground before disconnecting.

By introducing the UEone, Urban Electric Networks is trying to solve the problem of 43% of UK households who have to park their car on-street in residential parking zones.

We are not sure whether the retracting charging station will help much, compared to a standard station, but the company recently was engaged in the £600,000 trial with the Oxford City Council.

The power output of each UEone is up to 5.8 kW.

"The app-operated UEone charges at up to 5.8kW and retracts underground when not in use, minimising the impact on the urban environment. Standard height when raised, yet requiring an installation depth of just 405mm, the UEone is suitable for more than 90% of residential streets. Its unobtrusive design and grid demand management capability means that whole streets can be electrified at a time without the unsightly street clutter usually associated with traditional charging posts, or for expensive grid reinforcement, or the need for EV Only bays. The UEone uses the same SmartCable as ubitricity lamp posts, meaning that residents will be able to charge at any UEone pop-up or ubitricity lamp post, creating a new standard for urban residential charging.

Urban Electric is undertaking a £600,000 trial of the UEone with Oxford City Council, which recently announced a proposal to create the world's first Zero Emissions Zone in 2020. The trial is co-funded by the UK's innovation agency, Innovate UK, following a successful £474,000 bid led by Urban Electric, in partnership with Duku and Oxford City Council."

"We are thrilled that we will be trialing the world's first pop-up electric vehicle charging points and that Urban Electric is bringing us this exciting new technology to encourage more residents to switch to electric vehicles."

"The most convenient, affordable and climate-friendly way to charge an EV from the grid is at home at night, yet up to 85% of households in some urban residential areas cannot do so because they park on-street, acting as a barrier to EV adoption. By installing an over-supply of pop-up charge points in a street from day one we will give certainty of access to a home-based charge point in residential parking zones, so that local authorities can enable the 11.6m UK households currently excluded from driving zero emission to make the switch,".