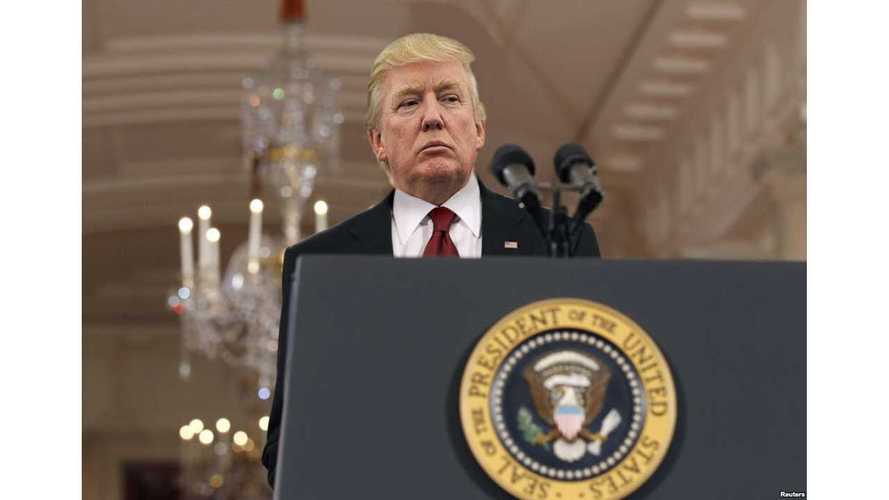 The Alliance of Automobile Manufactures urges the administration to continue increased efficiency gains and cooperate with California.

The Alliance of Automobile Manufacturers wrote to the White House Office of Management earlier this month with the hope of reigning in the administration on efficiency standards. David Schweitert, executive vice president of federal government relations at the Auto Alliance wrote:

Automakers remain committed to increasing fuel efficiency requirements, which yield everyday fuel savings for consumers while also reducing emissions -- because climate change is real and we have a continuing role in reducing greenhouse gases and improving fuel efficiency.

Related: How To Maintain One National Program

The Auto Alliance also reinforced their goal of achieving a Single National Standard. Under the agreement set in motion by the Obama administration, any vehicle that is compliant with the National Highway Traffic Safety Administration (NHTSA) and the Environmental Protection Agency (EPA) is also compliant in California and other states adhering to the California Air Resource Board (CARB) standards.

However, automakers have pointed to discrepancies between the policies of the EPA and NHTSA. In particular, efficiency credits work very differently in each agency and expire at different timelines.

In a recent comment to the EPA, Nissan lamented that “under the current CAFE credit transfer limit, the same OEM fleet could be in compliance with GHG requirements but not with CAFE.”

But rather than harmonize the existing rules, the Trump administration has threatened to significantly weaken them. According to Bloomberg, the NHTSA is reportedly considering a freeze of all future efficiency increases past 2020.

California and other CARB states will not stand for this and plan to go ahead with the tougher rules, fighting the administration in court if necessary. Should that happen, the auto industry would again be facing three competing, contradictory standards. This means the One National Program would be effectively dead. Schwietert explains:

Operating under two or three sets of regulations would be inefficient and disrupt a period of rapid innovation in the auto industry.

To keep California on board, the Auto Alliance suggests continuing annual efficiency increases, issuing stronger incentives for electric and autonomous vehicle production, extending the efficiency standards past the year 2025, and harmonizing the efficiency credit systems between the NHTSA and EPA.