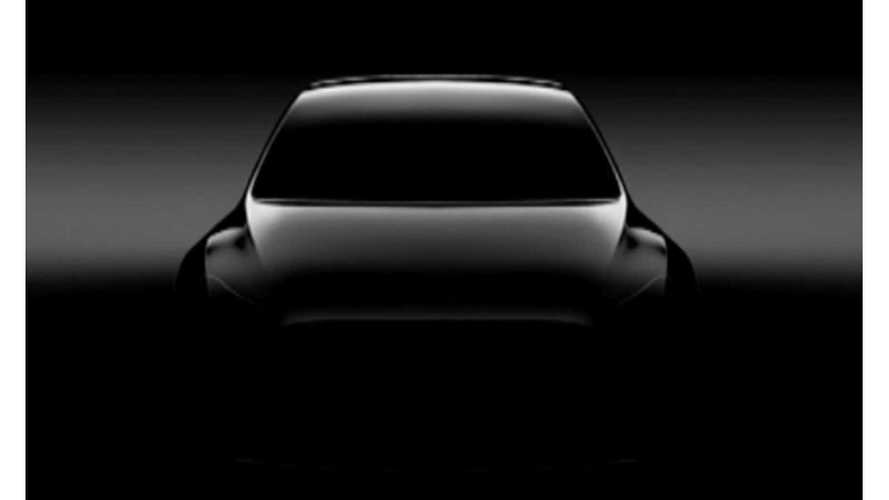 Tesla CEO Elon Musk tentatively set a reveal date of March 15, but later he admitted that's fake news. He just made some random date up.

It still falls in line with previous expectations, but for a moment there the whole world thought we had an actual reveal date. Unfortunately, we do not.

The Model Y, an electric crossover based on the Tesla Model 3, will likely become the automaker's highest volume vehicle, largely due to huge levels of demand for CUVs/crossovers here in the U.S.

Musk envisions annual sales of the Model Y at up to 1 million, though surely that will be after a long production ramp. Quoting Musk from a previous statement in August 2016:

“I mean, also to be clear like the priority vehicle development after the Model 3 would be the Model Y, the compact SUV because that’s also a car that where we expect to see demand in the 500,000 to 1,000,000 unit per year level. So it is the obvious priority after the Model 3.”

Here's a look at the series of Model Y tweets from Musk and others in the overnight hours:

It's believed that the Model Y will enter production in November 2019. Tesla's Fremont factory won't be able to handle 1 million units of production annually (even more when you add in the Model 3, S and X), so an addition production site (or maybe even two) will need to be constructed if one million per year is the goal.