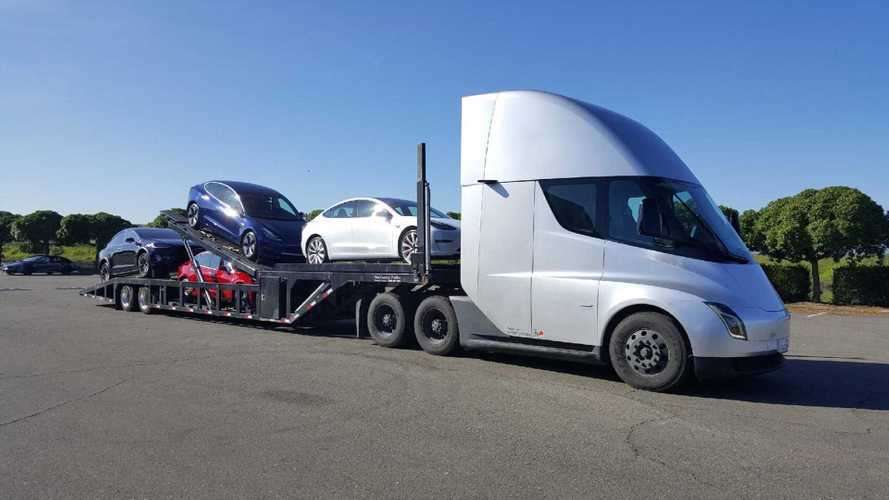 Tesla's electric semi is back on the road after an extended hiatus.

There has been a lot of speculation that Tesla may have canceled or postponed its semi-truck and second-gen Roadster plans. We all know that money is very tight at the automaker right now and CEO Musk even said publicly that the base Model 3 can't come too soon or Tesla will "die."

More Information: Tesla Semi Range Likely To Be 600 Miles, Not 500

Read This: Tesla Roadster Test Drives To Start In Late 2019

Add this to the fact that the Semi and Roadster have disappeared from view as of late, people start making assumptions. Like we said before, it's time for Tesla to hone its focus on the Model 3 and put all the other projects on the backburner. Now, we have some more evidence that this may be the case.

Electrek stumbled upon some recent Instagram posts showing the larger, long-range Tesla Semi back out in the wild. More specifically, Tesla owners happened upon the beast at the new Kettleman City Supercharger.

Ran into one of our new rides in BFE CA this morn... #teslasemi

At the mega supercharger and ran into the new #tesla prototype mega super truck. Do I need one?!?

While Musk said that, eventually, the semi-trucks will have their own special Megachargers, they've been spotted charging at Supercharger stations for now. However, it seems that Tesla has found a way to use several Superchargers simultaneously with special cables. If you look closely at the image in the first Instagram post, near the man walking in back, you can see the thick cables on the ground.