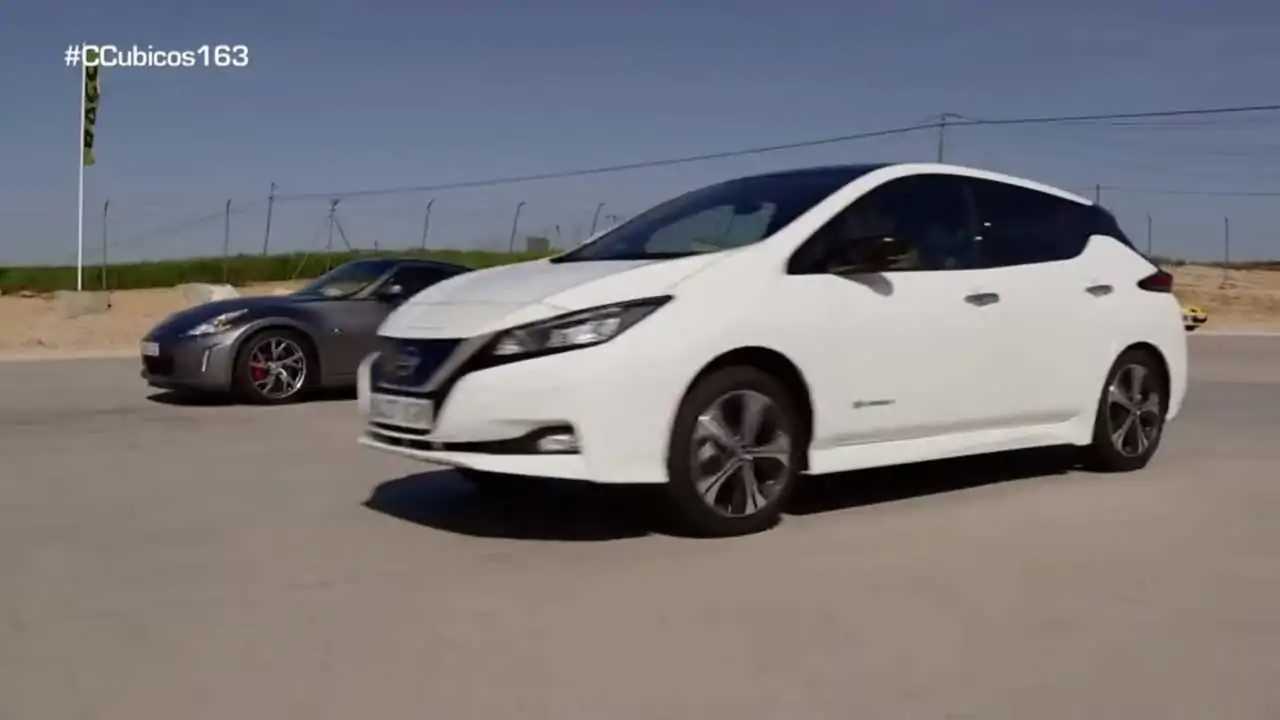 The superbly refreshed 2018 Nissan LEAF is not a race car. It's not even a sports car. Still, its off-the-line acceleration is as crisp and enjoyable as salsa-flavored potato chips. It's quick enough to hold the number six spot on our list of eight quickest affordable electric vehicles. Compared with a traditional gasoline-burning car, though, how does it compare? We're glad you asked.

Our amigos over at the Spanish-language YouTube channel  Centímetros cúbicos had occasion to match it up against a very sporty-looking and driving Nissan 370Z, which first appeared on streets in 2009. Now, this Z will surely cream the current LEAF in a comparison of 0-to-60 times. The battery-powered commuter does the deed in a modest eight seconds, while the coupé is capable of turning in a time of 4.7 seconds. No contest, right?

Though our Spanish is limited to certain items on the Taco Bell menu, it seems the LEAF, piloted here by actor Alex Gadea, is actually capable of besting the sportier Nissan, flogged by host Alberto Montoya, off the line and up to 70 meters (76.55 yards). That should come in handy in the daily duels that occur during your traffic light grand prix. For more all-round sportscar-like performance in an "affordable" electric package, there's still not much out there to satisfy that particular itch, though the Vanderhall Edison2 should be available very soon.

If there is something in that department that you're looking forward to, let us know in Comments.