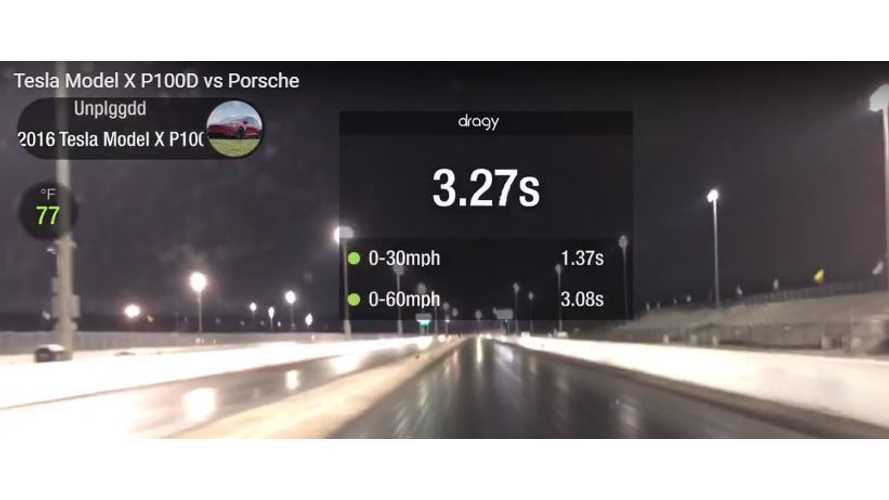 The up to 7-seat electric Tesla Model X SUV isn't meant to be a zero to 60 MPH champ, but it's a Tesla, so you can be certain it ain't no slouch.

However, even we were blown away by the time it put down in this clip, recorded by the Dragy device.

Often times it's the Tesla Model S putting down insane numbers like this, but occasionally a Model X makes its way out onto the track and, when it does, it seems to be equally impressive, if just a bit slower.

No Tesla is a top end (high-speed) machine, but the off-the-line torque and traction of the AWD, dual-motor setup in the Model X P100D can't be matched by any production car, other than one made by Tesla.