Bob Lutz Strikes Again: Automakers Should Just Give Up, "It's All Over" 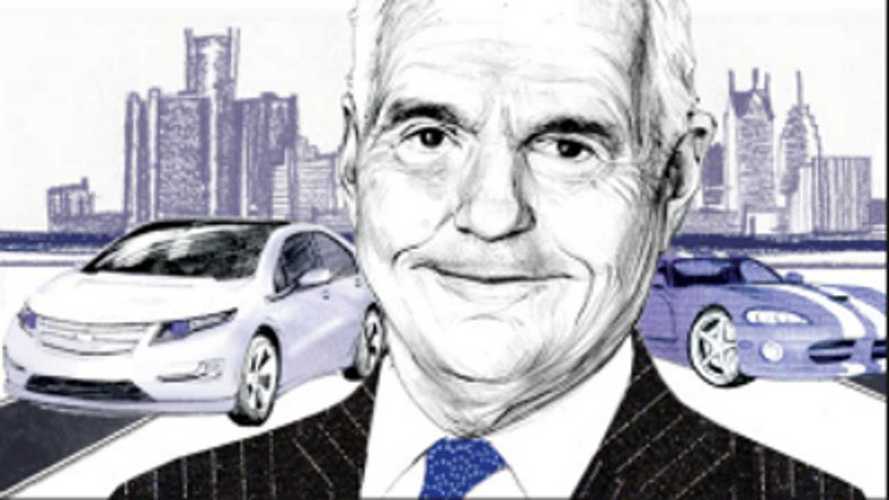 BOB LUTZ: IT’S ALL OVER FOR AUTO BRANDS AS AUTONOMOUS VEHICLES WILL CHANGE EVERYTHING

Bob Lutz may be the ultimate car guy - he sat at the top table at all of the Big Three automakers, and he was the driving force behind the Chevy Volt. Lutz was a GM exec in 2008 when he heard about the Tesla Roadster, and reasoned that “if some Silicon Valley startup can solve this equation, no one is going to tell me anymore that is unfeasible.”

Lutz famously said that “the electrification of the automobile is a foregone conclusion,” and that he would always owe Tesla a debt of gratitude for having “broken the ice.” In recent years, however, he has become a harsh critic of Tesla.

When Lutz speaks, the auto industry listens, and when he spoke at SAE International’s recent annual meeting (WCX) in Detroit, he had unwelcome news to deliver: people who like to drive, and car companies that rely on branding, have another 25 years at the most. After that, “it’s all over.” Humans will travel in standardized automated vehicles with little differentiation and no soul.

Lutz’s speech recapitulated an article he wrote for Automotive News last November, in which he sadly concluded that “we are approaching the end of the automotive era.” He predicts that vehicle autonomy will gradually take over more and more of the driving task, and that “the end state will be the fully autonomous module with no capability for the driver to exercise command. You will call for it, it will arrive at your location, you’ll get in, input your destination and go to the freeway.”

Automated driving will erode the notions of performance, luxury, and mystique on which automakers build their brands. The autonomous vehicle will become a commodity, much like a subway train or a bus - just a module that gets us from one place to another. That will mean the end of automotive brands as we know them. “The OEM is the link in the chain that is the most vulnerable,” Lutz said. “Do you really care who made the subway car?”

“The car as we know it will still be with us, in declining numbers, for a few more decades,” Lutz said, predicting that enthusiasts will meet at off-road tracks to have some fun with their retro toys, much as lovers of horses or sailboats do today. As for car dealers, they’re pretty much toast.

As is the case in today’s smartphone ecosystem, the fun and profit will be enjoyed by the companies that package and market the service to consumers, not the ones who manufacture the hardware. Automakers that can “move downstream and get into value creation” may be able to adapt to the brave new world. “General Motors sees the handwriting on the wall. It has created Maven and has bought into Cruise Automation and Lyft,” Lutz wrote in November. “It doesn’t want to be the handset provider. It wants to be the company that creates the value and captures the value, and it is making the right moves to be around when the transition occurs.”

As much as he regrets the end of an era, Lutz seems to believe that automation will be a good thing for society on the whole. He told the SAE engineers that automated driving will deliver “a vast improvement to national productivity” as traffic jams and accidents become rare events, and will eliminate perhaps 90% of the 40,000 annual traffic deaths in the US.

Above: Lutz has some strong views about the future of autonomous vehicles and how it will impact the auto industry (Image: Automotive News)

The time has come to leave the driving to machines. “Traffic is getting to the point where mobility is reduced,” says Lutz, and human drivers cause “enormous loss of time and efficiency, not to mention lives.”

People will always need to get around, and new technology is poised to deliver a more efficient way to do it. “The need is societal,” Lutz said, “and it is getting harder and harder for automobiles to fulfill that need.” Autonomous vehicles are necessary and inevitable, he concluded, but “are they gonna be fun? Absolutely not.”