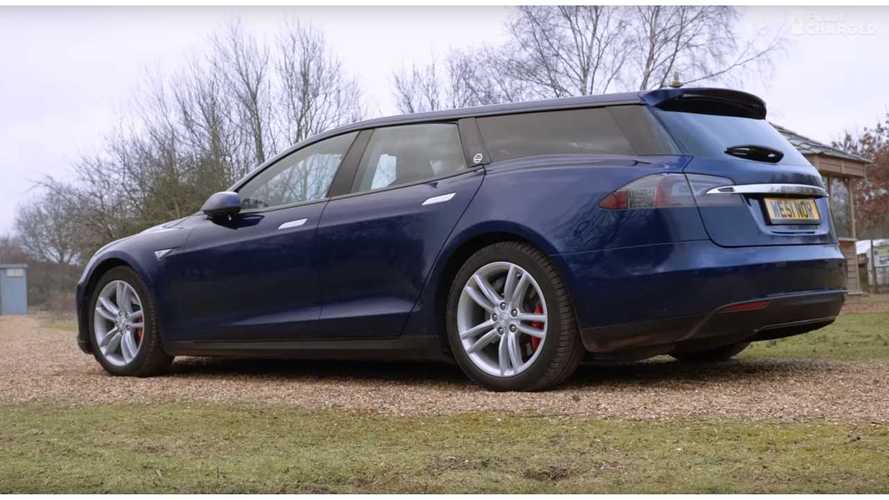 We already saw some photos of the car earlier this year here and there, but now we can watch the full presentation of it in Fully Charged.

The Model S used in the process is from 2015. According to the review, it's now slightly lighter, appears quieter and maybe even more aerodynamic (more range). Passengers in the rear have more headroom and of course, the owner of the car is now glad to have space for a dog.

The car apparently passes Tesla inspection and can use Superchargers, just like the normal factory-made Tesla.

A Tesla Model S station wagon could be an interesting option for many, but the conversion comes at a relatively high price, initially from £60,000 ($84,000 or €68,000) plus the cost of the car itself.

"Yes, at last it's the Tesla shooting brake. Only about three months later than we planned. Apologies. No question, the folks at QWest do an amazing job, okay not exactly cheap but very beautifully executed and highly professional. And Tesla Ted is equally impressive."