Despite Tesla Autopilot Concerns, This Publication Is Enamored 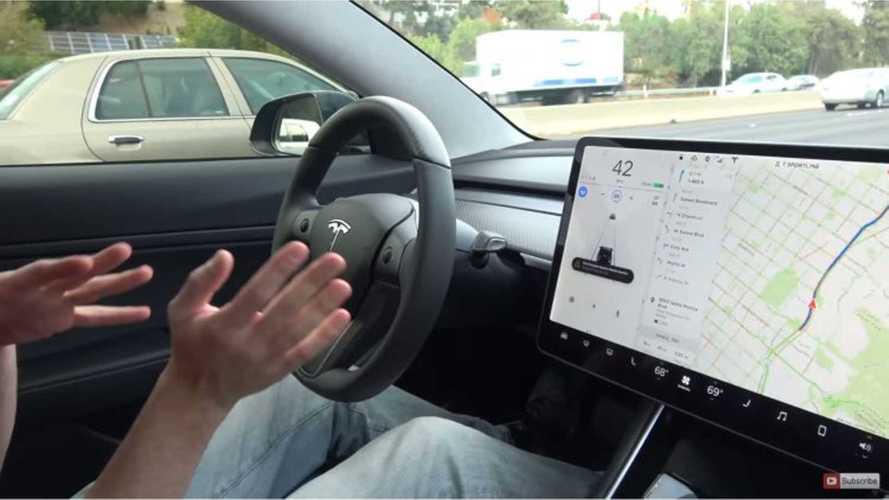 Tesla Autopilot is poised to be the self-driving industry leader. That said, many drivers are uneasy about trying Autopilot's current suite of semi-autonomous features. Lauren Larson writes in GQ that she was "skeptical of Teslas... Teslas have features that nobody has ever needed. They have features that most consumers aren’t even imaginative enough to want."

Related: Despite Adversity And Impeding Issues, Tesla Autopilot Will Prevail

Larsen points to examples like, "Ludicrous Mode, a feature that allows you to go from zero to 60 mph in too few seconds... just the tip of the iceberg. You can also customize your dashboard display so that the car appears as Santa’s sleigh, the other cars as reindeer. With the push of a button (with the caress of a touch screen, as it is) the car becomes a dad joke."

Okay, she may have a point. But what about Tesla's Autopilot? Larsen confesses, "I first test-drove a Tesla on Autopilot because my editor thought it would be funny... I do not go above the speed limit, and I would never back around a corner. I am decidedly not the kind of driver who lifts her foot off the gas, relaxes her hands on the wheel and lets the car call the shots. Autopilot was peak Musk hubris, and thinking about it made my palms sweat."

After a nervous start, Larson admits, "I, an already timid driver, had never felt more timid... I merged onto the freeway and executed a shaky lane change. I said 'start Autopilot' to the dashboard several times before I remembered that you have to pull a thing to start Autopilot. I pulled the thing. Autopilot was engaged, and I gently lifted my foot off the pedal, screaming."

Then, "The car accelerated markedly as I went from what I thought was the speed of traffic (50 mph) to the actual speed of traffic (85 mph)... I knew I was ready for the fast lane, so I signaled left. After a second the car executed an elegant, leisurely lane change to the next lane. I stopped screaming. The car had taken over the stressful bits of freeway driving, and as my insecurities fell away I felt extremely aggro and brave. I bet Elon Musk drove around on Autopilot for hours before he felt brave enough to talk to Grimes."

Larson concludes, "Over the next few days I re-learned driving. I immediately adjusted to the shorter distances between cars and the higher speeds. A week later I drove a normal car, and I did lane changes like a pro. My Autopilot days were a revelatory crash course in confident driving... it was the first time I’ve felt anything but terror in an expensive vehicle. I saw it and drove it and felt like a space god."