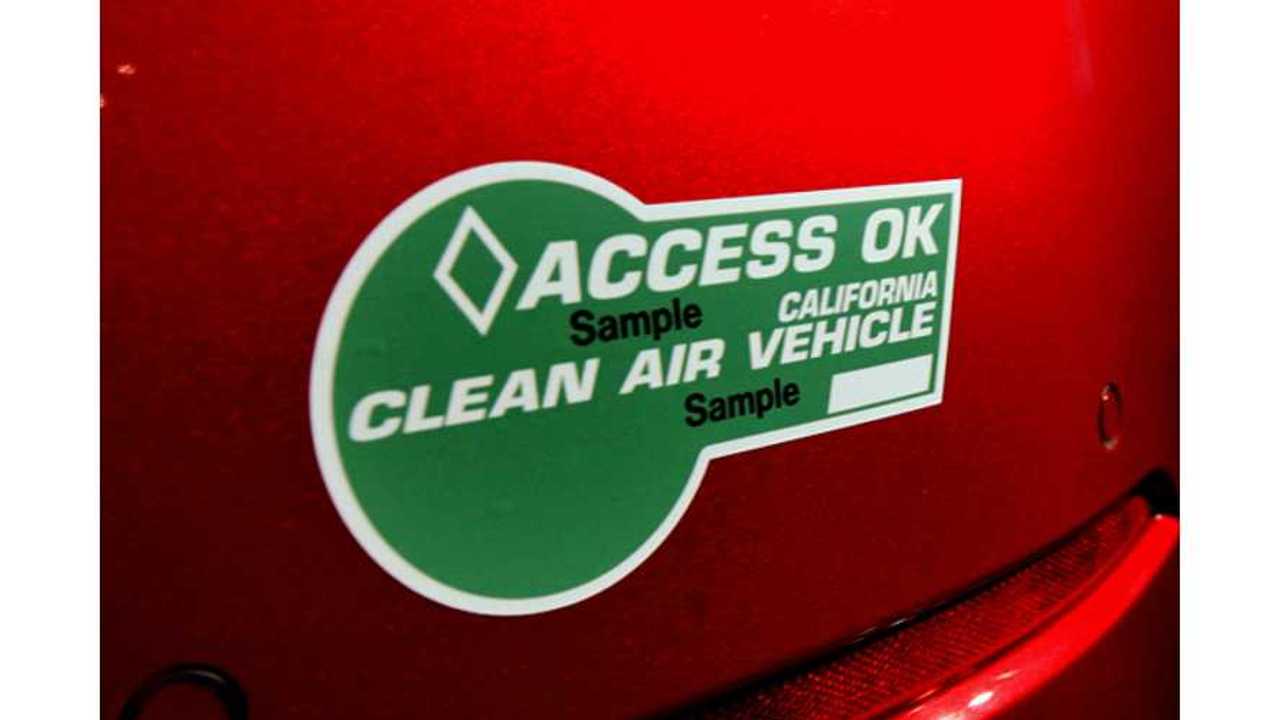 The Los Angeles Metro Board of Directors approved a plan to charge solo motorists in Clean Air Vehicles a discounted toll to use the ExpressLanes (number 10 and 110), which to date were free.

The board explains that during peak periods, traffic congestion is slowing speeds on some ExpressLanes segments below the 45 mph target.

The number of Clean Air Vehicle decals issued statewide increased from 30,000 several years ago to more than 300,000 through the beginning of this year.

In consequence, drivers of Clean Air Vehicles without enough passengers to meet HOV occupancy will need to pay the toll with a 15% discount.

Introduction of the toll is expected in late 2018, so enjoy free solo-driving of your plug-in car  for these last couple of months or take a passenger along for the ride.

"The Metro Board of Directors approved a plan Thursday to begin charging solo motorists in clean air vehicles a discounted toll to use the ExpressLanes on the 10 and 110 freeways, beginning in late 2018. Under the change, drivers in clean air vehicles without enough passengers to meet HOV occupancy requirements would get a 15 percent discount on the tolls.

From the Metro staff report: “At the time of the opening of the ExpressLanes, the number of decals issued statewide was 30,000. Since then, that number has increased almost 1000% to 302,453 as of January 1, 2018, with an average annual increase of approximately 54,000 decals per year.”

Customers are currently required to carry FasTrak transponders in their vehicles when using the Metro ExpressLanes, and to declare their vehicle occupancies using switchable FasTrak Flex transponders to receive HOV discounts. In response to some of the enforcement challenges of this, and to evaluate the possibility of granting some form of access to drivers without transponders, the Board also approved the following two motions:

• A motion for Metro staff to evaluate a pilot program for the I-10 ExpressLanes that would use an alternative pricing approach in which only transit vehicles and registered vanpools qualify for the HOV discount, and all other vehicles would be subject to posted fares. The discount for clean air vehicles would continue to apply.

• A motion asking for a report back from Metro staff with a summary of the current performance of the ExpressLanes, a comparison of ExpressLanes to other congestion pricing systems in the U.S., and an evaluation of the viability of allowing customers to access the ExpressLanes with or without a transponder."