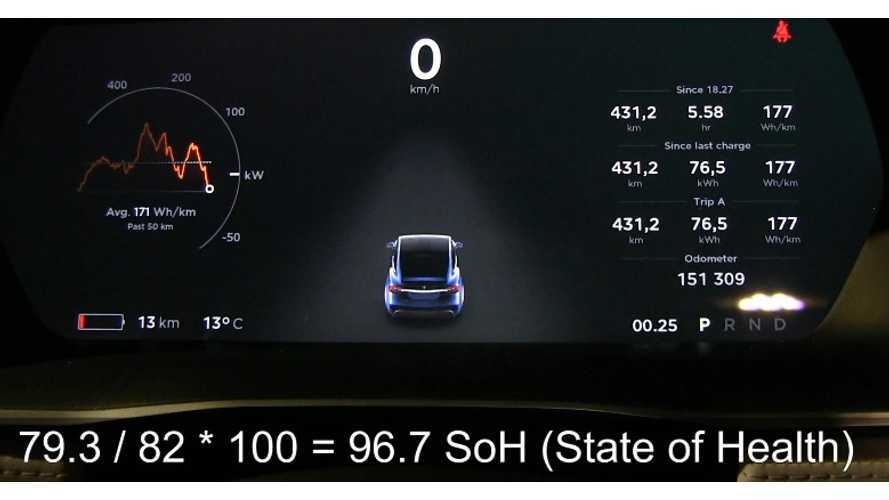 Bjørn has owned his Tesla Model X for quite some time now, but the battery is fairly new, because it was replaced after 116,000 km (72,000 miles) under warranty.

It's not a big capacity fade, but a lot more than others have reported.

The other important thing is that the calculations based on the full range estimated by the software are tricky because it shows just 1% drop (375 km or range versus 379 km when new).

Bjørn suspects that it has something to do with the algorithm that hides early capacity fade.