Nissan announced the beginning of deliveries of the new e-NV200 van with the 40 kWh battery shared with the LEAF, that replaces the bit small 24 kWh unit offered earlier.

As with all NV200, the e-NV200 is produced in Barcelona, Spain where the new 40 kWh batteries are assembled into packs.

Nissan e-NV200 is available in Europe, Hong Kong and Japan, but sadly Nissan didn't decided to bring the van to North America.

"The new generation van will further support efforts to cut the level of emissions in city centres, by making 100% electric last mile deliveries achievable for businesses and professional drivers everywhere."

"Nissan Barcelona Plant has been the global manufacturing location for the e-NV200 since 2014, which was the best-selling electric van in Europe last year. With more than 18,000 of the original version sold worldwide, the upgraded van is now being shipped to customers in Europe and to Hong Kong, with Japan deliveries to follow. 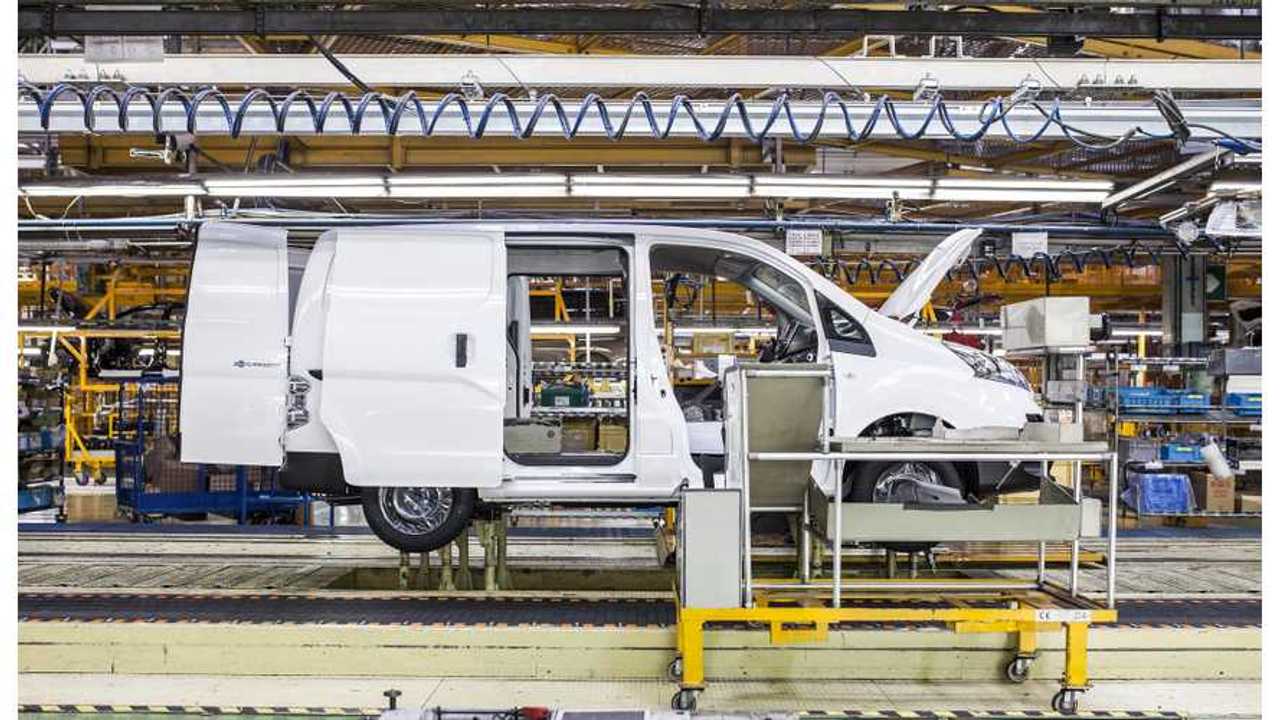 Its new 40kWh battery has extended the driving range, allowing customers to drive up to 301km (city WLTP cycle) on a single charge. This represents an increase of more than 60% compared to the previous generation, with longer journeys supported further by the extended European CHAdeMO Quick Charging network.

Customers can choose from two body options – the e-NV200 van and e-NV200 Evalia. Both have a versatile interior that allows users to configure racks, bins and seating to suit their needs. With 4.2m³ of load space, there is enough room to hold two Euro pallets, or cargo weighing up to 742kg.

For customers looking to move passengers or crew, the e-NV200 Evalia makes an ideal people carrier. With its ingenious modular seating there is still plenty of room for luggage or tools, and as the only 100% electric seven-seater van available in Europe, it presents the perfect solution for taxi and chauffeur businesses.

Nissan’s Barcelona plant is responsible not only for the manufacturing of the vehicle, but also the assembly of the new 40kWh battery packs, in a specialist facility."

“Zero emission mobility is the future for urban logistics, as well as turning the last mile of delivery into a clean and efficient means of transport. The e-NV200 and its significantly increased range will play a key role in achieving this.”