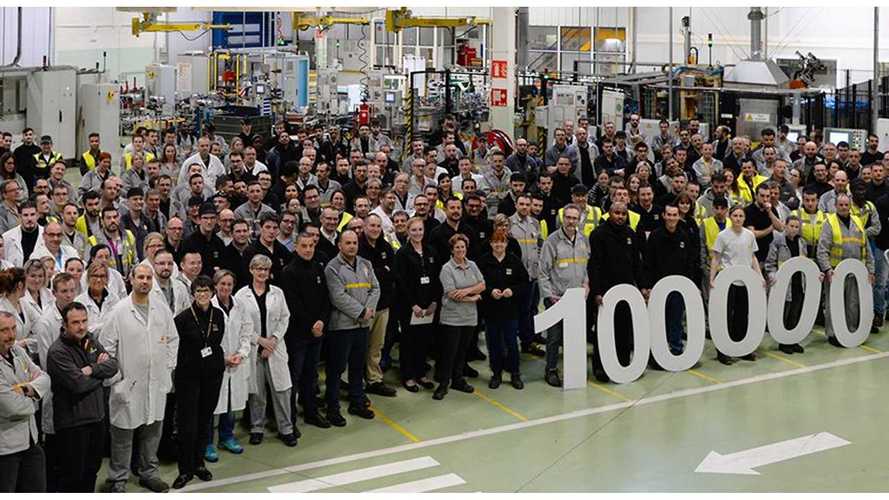 Renault produced its 100,000th electric motor at its Cléon plant in France.

The French manufacturer has not always been using its own powertrains, as several years ago company started with powertrains supplied by Continental.

"Last month, our team at the Cléon production plant reached a significant milestone: they produced the 100,000th electric engine! Bravo! ?"

Now, Renault not only produces several types of electric motors for its own cars, but also for smart electric cars.

The latest electric powertrain developed by Renault is the R110 - 80 kW unit for ZOE, with integrated 3-phase 22 kW charging capability.

The new motor and ZOE equipped with R110 motors was shown in March in Geneva.