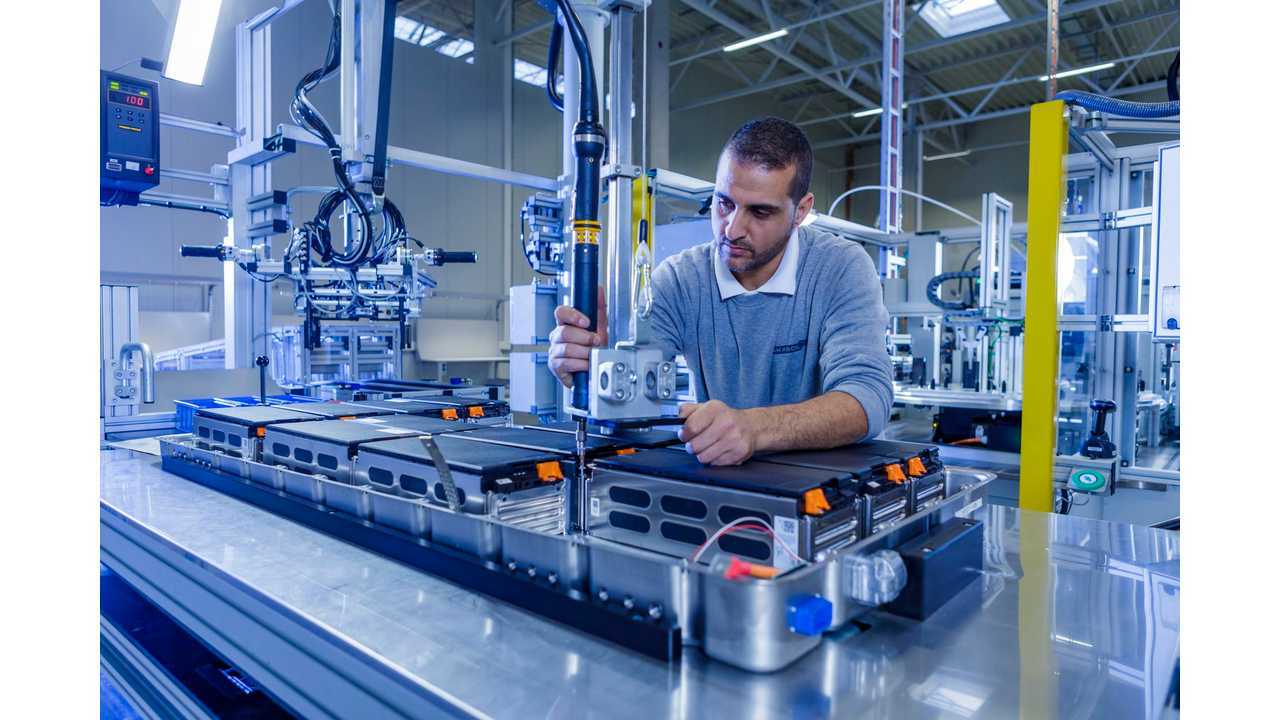 Daimler's subsidiary EvoBus selected AKASOL to supply battery packs (243 kWh) using Samsung SDI lithium-ion cells. The packs are liquid cooled and ready for the incredibly cold winter in the north of Sweden, as well as for summer drives in the dry desert heat in southern Spain.

AKASOL's production site in Langen, Germany can produce up to 300 MWh of battery packs (see photos from the factory below).

Launch of the electric Citaro with real-world range of 150 km (93 miles) and fast charging capability is scheduled for IAA Commercial Vehicles in September.

"These buses will be fitted with up to ten of Akasol’s AKASYSTEM OEM battery packs (max. 243 kilowatt hours). The innovative technology combines high demands on performance charging and discharging, energy density and lifespan.

Series manufacturing of the Citaro bus will start this year. “We’re working on this together with Akasol’s experts. Based on the specifications we have developed together, they manufacture battery systems for us with cells from Samsung,” confirms Gustav Tuschen, Head of Product Engineering Daimler Buses and a member of the EvoBus management team. “The batteries are being tempered at about 25°C. With this we expect maximum charging capacity, performance and lifetime.”

Development, testing and validation of the AKASYSTEM OEM battery systems for EvoBus have run since 2015. “It was a great challenge for our company to meet Daimler’s high requirements on one of the most important components of electric power trains. I say this not just with regard to developing the product, but also considering the needs of serial production,” comments Sven Schulz, Managing Director of Akasol GmbH.

Akasol’s battery systems in the electric Citaro are able to charge rapidly, meet the demands on operating range and also supply additional units such as air conditioning and electrical systems. Between six and ten of Akasol’s safe and powerful battery packs are mounted in the vehicles, partly on the roof, but also in the rear, where they take up the space that was once intended for the diesel engine.

“The key factor for meeting our client’s demands on lifetime is our efficient water-cooling. Tempering has been shown to work efficiently and reliably both in winter tests in the north of Sweden where it was incredibly cold as well as on summer drives in the dry desert heat in southern Spain,” reports Sven Schulz. The Citaro bus with electric drive will have an operating range of 150 kilometres (SORT2 cycles, medium traffic). Throughout the coming years operating range shall be continually improved upon.

According to a study by leading consultancy PwC*, there are currently 200 electric buses, but more than 20,000 diesel buses operating in public transport in Germany. This year the number of electric vehicles could double. Cities such as Hamburg** and others have announced that by 2020 they will only deploy new, emission-free vehicles such as Citaro E-CELL.

Akasol has developed and sold a range of battery systems for electric and hybrid buses for years. Aside from EvoBus another client of serially produced battery systems is a large European bus manufacturer from Sweden. VDL Bus & Coach (Netherlands) and Alexander Dennis are project-based clients. Electric buses equipped with Akasol’s battery technology operate successfully in London, Berlin, Braunschweig and Cologne amongst other places."