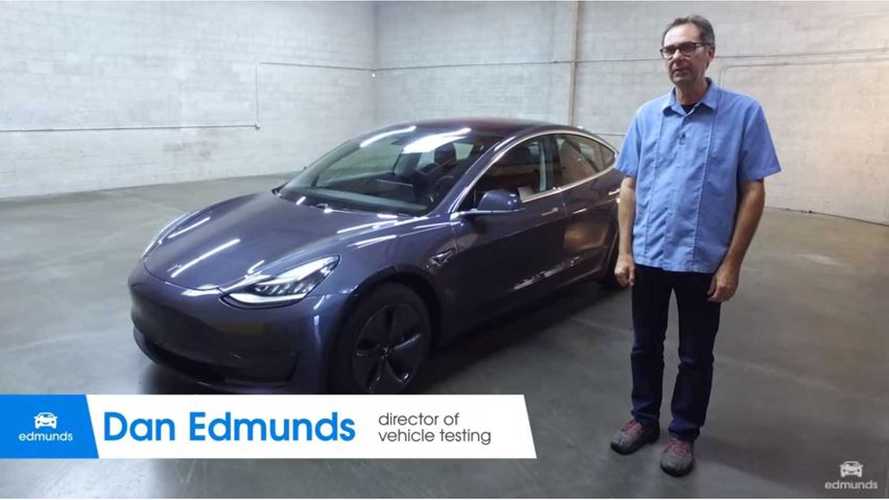 Edmunds released its April update related to its long-term Tesla Model 3 and it's far from positive.

As many of you are probably aware, Edmunds has a Tesla Model 3 for the long haul. Essentially, the publication lives with the car over an extended period of time and provides valuable information for prospective buyers. Based on the slew of issues Edmunds is reporting, it appears that either they got stuck with a lemon, Model 3s lack consistency from vehicle to vehicle, or this is just a really problematic car.

Not All Bad: Edmunds' 40 Cool Things About The Model 3

We're talking about intermittment screen and backup camera function, navigation bugs, failure to recognize keycard, audio system independently turning on and off and up to full volume, vanity mirrors falling off, and inability to shift the car into drive or reverse.

The crazy part is that this is just a small list of problems Edmunds has encountered. They've been driving the car less than four months and all of this happened in the last four weeks, resulting in two service visits, another visit scheduled, and a grand total of zero days out of service.

Edmunds even went so far as to say that they've started a shared Google Doc to keep track of the myriad of problems, warning messages, resets, and overall failures. The article says:

Forget that this is a "cutting-edge" EV with a cult following. That's irrelevant if Tesla wants to be anything more than a footnote in automotive history. Our Model 3 cost us $56,000, and by that standard alone, the ownership experience so far has been unacceptable. But this is no ordinary $56K car. We put down a $1,000 deposit to get on a two-year waiting list for this car and it's falling apart.

Early adopters who could spend six figures on a car such as the Model S might've given Tesla a bit of extra leeway. Maybe they figure it's a small price to pay for such a technologically advanced car. Maybe it's a sacrifice they're willing to make to avoid using fossil fuels and get free access to the carpool lane. This far into its run, though, and with a car intended for mass appeal, Tesla should have the bugs worked out. It clearly doesn't.

To put all of this in perspective, it's important to note that Edmunds has driven the car a grand total of 5,257 miles. During the month of April, it put 1,120 miles on the Model 3.

Fortunately for Tesla, and for reservation holders, there is a hint of positivity in the review. This is especially true when it comes to performance and cargo space. Edmunds' senior manager content strategy Josh Sadlier shared:

After my drive, a friend of mine asked me how the Model 3 compares to the current BMW 3 Series, and I told him I'd rather have the Tesla. He laughed. I wasn't kidding.

I was recently transporting a large record collection, along with a few boxes of CDs, and the Model 3 was the car I had for the job. I was impressed by the Model 3's storage ability relative to its size, with the space to fit four massive storage containers and several cases of CDs with space to spare.

Follow the link below for the full monthly report, including detailed descriptions of the plethora of issues, along with more quotes from different editors and test drivers pertaining to various aspects of the Model 3.