See Why Tesla Model 3 Is Preferred Over Model S 100D 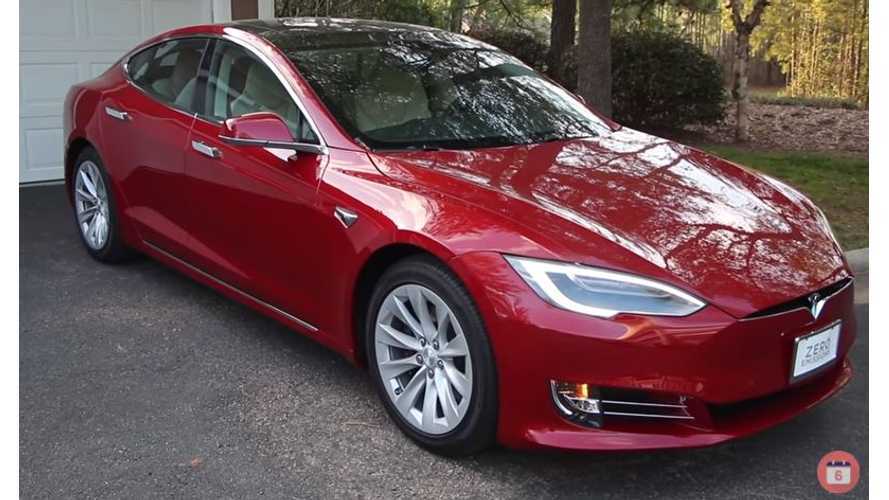 See why this owner believes the Tesla Model 3 tops the Model S 100D.

This first-time Tesla owner - more specifically, first-time Model 3 owner - has had his new ride for a few weeks. He was interested in how the Model S compares since he's never spent any time with one. He gets ahold of a Model S 100D to form some opinions and share his findings.

Watch This: Tesla Model 3 Or Model S, Which Should You Buy?

Another Opinion: Five Reasons To Buy A Tesla Model S Instead Of A Model 3

Josh found the Model S very complex after driving the Model 3. He's already grown used to the 3's sparse, simple cabin, and especially loves its air venting system. He feels that the Model 3's interior is nicer overall and more well-laid out, due to the S' lacks of door pockets, vanity mirror lights, and garment hangers, as well as the weird cupholder placement.

The Model 3's seats felt more comfortable to him as well, and there's more headroom. The car has a more ergonomic feel overall. Josh explains that the outward visibility is better in the 3, and it's even easier to see out the back. Lastly, in regards to the interior, Josh was much more impressed with Model 3's sound system.

After 100,000 Miles, This Tesla Model S Is Still Almost Faultless

Driving dynamics are pretty similar overall. Of course, the smaller 3 feels more sporty and can even "feel" faster due to the car's size, driver's seating position, and stiffer suspension. However, the Model S packs more punch, as it should ... but, there's that naggy motor whine.

Despite all of this being said, he appreciates the door handles on the Model S. The power hatch and the bioweapons defense mode is pretty cool, and he was impressed with the air suspension. He definitely enjoyed his time in the Model S and considers it a great car.

In the end, when considering the fact that this Model S costs about double what he paid for his Model 3, he can't justify its worth in comparison. The Model 3 offers about 90 percent of what the S offers at half the cost. Josh says perhaps when the Model S is redesigned, the decision will be more difficult.