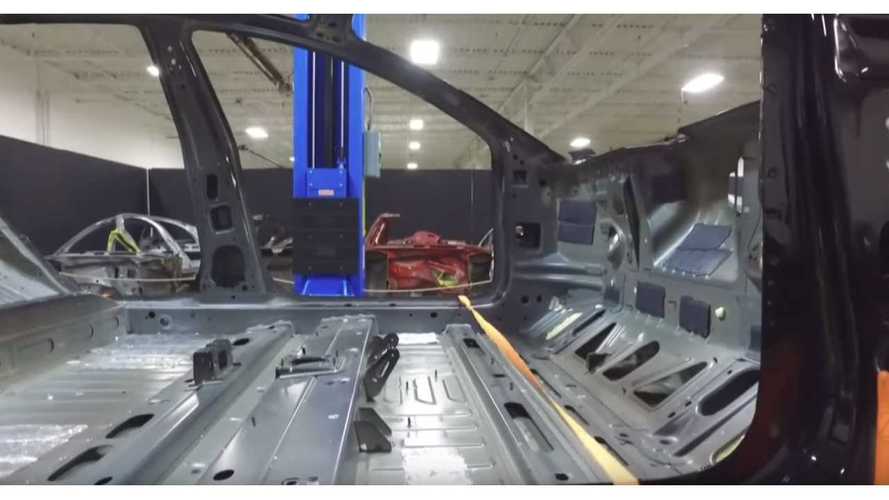 Just over one week ago, the same teardown expert who initially stated this “These are flaws that we would see on a Kia in the ’90s or something…I can’t imagine how they released this,” returned to discuss the Tesla Model 3 in more detail.

Now, Tesla has responded (statement below).

The Autoline After Hours video, titled “Tearing Into Tesla’s Model 3,” is well over an hour in length and very detailed. If you missed it, then check it out here, along with our more in-depth follow-up post here.

Teardown expert Sandy Munro, of Munro & Associates, Inc., seemed rather fair in presenting issues connected to the Model 3. Yes, there are build quality problems (like uneven panel gaps) and there’s still production bugs to be worked out. But he points out that some aspects of the Model 3 will blow you away. Well, it seems Tesla wasn't too thrilled by some of what was mentioned, so some clarification was needed on behalf of the automaker.

The teardown video was widely shared and, as such, Tesla has decided it should issue some statements in defense of the Model 3. What follows is Tesla's statement, in its entirety, via Motor Trend:

“The primary car evaluated by Munro was built in 2017. We have significantly refined our production processes since then, and while there’s always room for improvement, our data already shows that Model 3 quality is rapidly getting better.”

“Since we began shipping Model 3 last year, we have been very focused on refining and tuning both part and body manufacturing processes. The result being that the standard deviation of all gaps and offsets across the entire car has improved, on average, by nearly 40%, with particular gap improvements visible in the area of the trunk, rear lamps and rear quarter panel. Today, Model 3 panel gaps are competitive with Audi, BMW, and Mercedes models, but in the spirit of relentless improvement, we are working to make them even tighter.”

“The U.S. government found Model S and Model X to have the lowest probability of injury of any cars it had ever tested, and Model 3 was designed with the same commitment to safety. While there’s always room for refinement of cost and mass, which we are already improving, electric cars have unique safety requirements to prevent intrusion into the battery, and Model 3 was also designed to meet the latest small overlap front crash requirements that other reference vehicles may not have. We stand behind our physical crash testing and our computer simulations of it, which have been remarkably accurate, and the safety that they demonstrate. The safety of our customers is more important than any other metric.”