Buemi Not Satisfied With His Recent Formula E Results 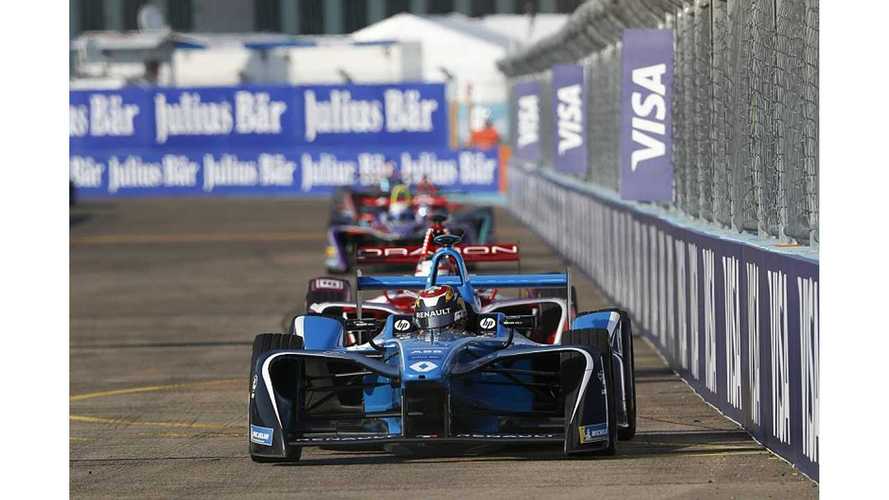 Sebastien Buemi says he is "not satisfied" with his recent Formula E results having enjoyed "so much" previous success in the electric championship with his Renault e.dams team.

Buemi is currently fifth in the 2017/18 drivers' championship - 80 points behind leader Jean-Eric Vergne - and has not scored a win so far this season.

The former Toro Rosso Formula 1 driver finished fourth in Berlin last weekend, after battling Vergne for the final spot on the podium.

"We weren't in the same ballpark as the first two Daniel Abt and his Audi team-mate Lucas di Grassi] and I didn't have enough pace to catch Jean-Eric, especially at the end of the race," he said.

"After finishing sixth in Rome and fifth in Paris we've moved up another place, but I'm not satisfied after having won so much in this championship.

"It's difficult to accept, but scoring 12 points is not to be sneezed at.

"We just have to be more focused than ever in the closing rounds of the season."

Buemi and Vergne clashed at the near-circular Turns 1-2 complex during the first half of the race in Berlin, making brief contact at the apex of the corner - for which each driver blamed the other.

"It was a bit hard," Buemi told Autosport. "If I would do it again I'd go a bit harder.

"I would have dived in in Turn 3 and we would have made a bigger contact. Next time I'll do it."

When asked about the incident in the post-race press conference, Vergne said: "It was good fun, I don't know what he was thinking.

"There was a gap, I'm going for it - I don't know why he tried to come when I was on the inside, there was no point."

Buemi's last FE victory was in Berlin last season, and the next round in Zurich will mark an entire calendar year since he last stood on the top step of the podium.

Renault boss Jean-Paul Driot agreed with Buemi that Audi was "untouchable" in Berlin, but explained that the 2015/16 FE champion had held back in group qualifying, which cost him a superpole appearance.

"We need to get back to serenity - and here it was much better but there is still a little brake on Seb," Driot told Autosport.

"During quali he thought that he was going to be in the top five without taking huge risks - and now with the kind of time difference between the drivers, you have to push all the time.

"When you don't have full serenity, you are anxious that if you do a little mistake, because there were some done this season, people are going to say 'he has done this, once again.'

"This was the 'once again' that he wanted to avoid. And by trying to avoid it, you keep a little bit under and by 0.051s he was not in the top five."