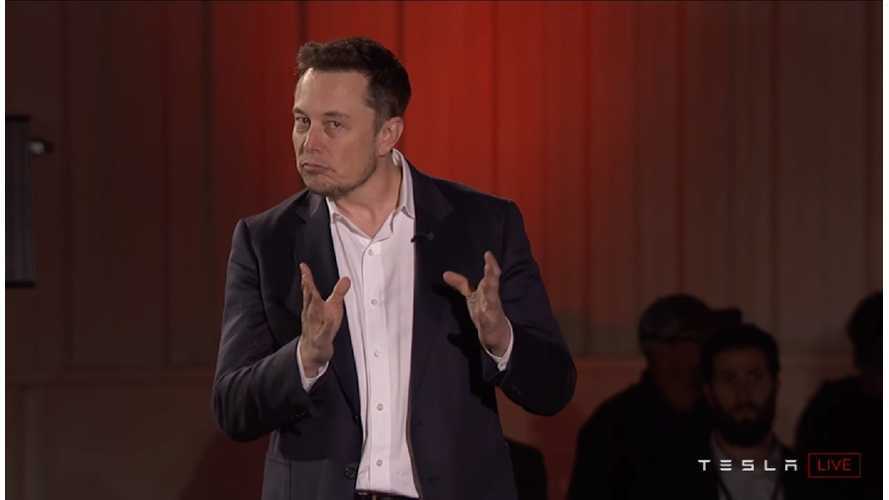 Elon Musk, CEO of Tesla and Twitter grandmaster, is well known for making rosy predictions that don't always pan out, and now that reputation may be catching up with him.

Despite recently making the bold prediction that the California automaker will be profitable in the 3rd quarter of this year (!), not only is there doubt among financial analysts that this will be the case, they also don't seem to trust the entrepreneur's pronouncement that the company will not need another financial raise this year.

Their misgivings make sense if you consider everything going on with the automaker right now: it's vastly behind previous production estimates for the Model 3, and so the revenue associated with those cars that will only be built much later is also delayed; it's still expanding the Gigafactory; it needs a factory in which to build as many as a million Model Y crossover a year; Semi will also need capital expenditure ahead of production and a place to build it; ditto Roadster; where's my Solar Roof?, etc.

Automotive News spoke to several analysts from different firms and the doubt on display is like a broken record. It's all about cash flow, and revenue estimates, with the only disagreement seeming to be about the degree to which Tesla's cash — it started the year with $3.37 billion — will fall below the billion-dollar cushion mark. Here's a quick look at what some of them are saying.

Colin Langan of UBS, who we expect to be on the Tesla financial call this May 2nd, sees debt refinancing and accrued liabilities for 2018 sucking up $1.2 billion, and thinks the automaker's cash could dip below $1 billion around the end of June due to a $1.6 billion negative free cash flow in the first six months of 2018. Put him down as firmly in the camp that believes there will be a 2018 cash raise.

Unnamed analysts from Bernstein, likely Max Warburton or Toni Sacconaghi, think that negative cash flow could be as high as $1.8 billion.

One-time Tesla super-bull Adam Jonas of Morgan Stanley esttimates the cash burn to be a little lighter at $880 million, leaving a $1.3 billion cash cushion. Said he in a recent note, "Tesla may not 'need' to raise funds, but many investors expect that the company will very much 'want' to."

Jeffrey Osborne, who works for Cowen & Co. weighed in on Tesla's past performance predictions, saying in his own note, "The company's financial predictions may be losing credibility within the financial community."

Andrew Walker from Rangeley Capital, which holds a small short position says, "There are a lot of moving parts there. It's just so many questions and such a black box, it's very difficult to determine going forward."

So overall, there's certainly not a lot of optimism among this group of skilled observers that Tesla will live up to either Musk's production pronouncements or financial position predictions. Certainly, and as always, we are looking forward to this coming Wednesday's financial disclosures and call with some of these same gentlemen. Will Musk have an evidence to back up his forecasts or will they be revealed as fanciful? Stay tuned.