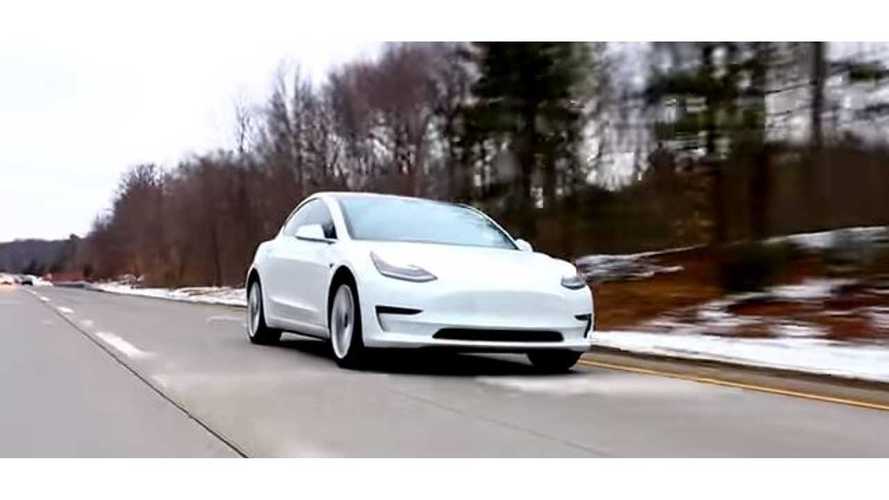 FOUR CHARTS SHOW WHY ELECTRIC VEHICLES ARE THE FUTURE

The success of Tesla (TSLA) is proof-positive that the investment community believes electric cars could be the future. Now there's another sign that EVs are gaining traction on Wall Street. Global X has dedicated an exchange-traded fund to lithium and battery tech (LIT). And the company just added another exchange-traded fund dedicated to autonomous and electric vehicles (DRIV).

Check This Out: Global Plug-In Electric Car Sales Increased To 81,000 In February

Related: Electric Vehicles Are Attracting Attention Due To Tesla's Appeal

Global X recently made its case for EVs (via Seeking Alpha) explaining that "electric vehicles are rapidly advancing and appear poised to trigger the transportation industry's largest shakeup in over a century." Why? In a series of charts, Global X states their case. First, "EVs have various advantages over ICE vehicles, including cheaper fuel, lower maintenance costs, and less air pollution."

Above: Electric cars cost less for both "fuel" and maintenance while having lower CO2 emissions that internal combustion engine cars (Chart: Global X)

And EV battery costs are falling too. However, for legacy automakers, "EVs remain more expensive than ICEs... many analysts believe this will change within the next 10 years as battery costs continue to rapidly decline. In the three year period from 2014 to 2016, battery costs fell over 50% from process improvements and scale effects, bringing EVs significantly closer to parity with ICE costs."

Above: A look at the rapid decline in electric vehicle battery costs (Chart: Global X)

Electric vehicle range is also improving. Why is that important? Because "consumers need to overcome 'range anxiety,' or fears that a battery cannot take them as far as a gas tank. As battery performance continues to improve and charging networks expand, this fear is likely to eventually abate over time. Over the last six years, the median range for EVs has extended 56%, and certain models can now drive well over 300 miles on a single charge."

Last, overall plug-in car sales are on the rise. Although the EV market is "only a small sliver of the total car market... sales have been accelerating. In 2017, electric vehicle sales including plug-in hybrids (PHEVs), accounted for 1.7% of total car sales around the globe. This represented a significant increase from 2016, where sales amounted to just 1.1% of the total car market. In EV-friendly Norway, sales of electric cars amounted to a much higher number 39% of total sales in 2017."

The story changes, however, when looking at the EV industry-leader, Tesla. Although plug-in cars sales have accelerated the last few years, Tesla's sales have been able to grow even faster. And with its partner Panasonic, Tesla has driven battery costs down further than others at its state-of-the-art Gigafactory. Tesla's cars have the longest EV range. And Tesla's flagship, its Model S, actually outsells its internal combustion engine competitors in the large luxury sedan sector.

Above: A look at Tesla's cars at a Supercharger station (Instagram: asphaltech)

These factors have allowed Tesla's stock to skyrocket since its IPO. And although the EV industry (as a whole) moves slower, it looks like Global X wants in on the action.