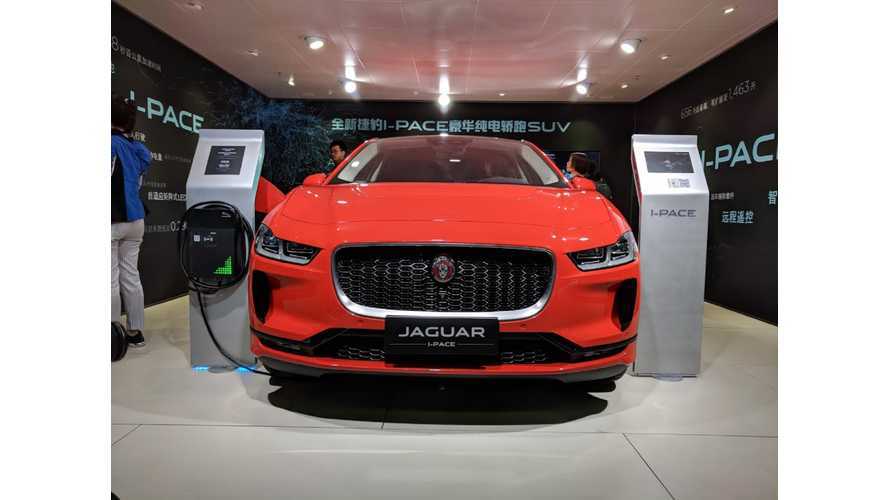 The all-new Jaguar I-PACE hits Asia as one of few "real" EVs showcased.

Yes, yes ... we can only hope that BYTON succeeds and that many of these Chinese premiers make it to true production, as well as to U.S. shores. We know full well that the primary portion of our readership puts the "vaporware" radar on right quick when it comes to these huge, mostly concept-filled, auto shows.

Check This Out: Watch Jaguar I-Pace Caught On The Move In U.S., Plus Images

This is true not only of U.S. shows (and perhaps even moreso), but also with the massive overseas motor shows.

Fortunately, the Euro and Asian auto shows do a much better job of showcasing what the future may bring, especially in regards to new, impressive, cutting-edge outfits (while the many U.S. shows avoid EVs). But, will these cars ever materialize, and/or will they grace our presence here in the states?

In the U.S., there's CES and some of the California-based shows that bring light to such technology and newer entrants. Still, it's hard to know what might actually happen and what might make its way to the U.S.

In our segment, we can't help but be jaded by what's been said and what's been done (or not been done, really). Faraday Future ... LeEco ... Lucid Motors ... We can only hope that Rivian Motors has gone about things the right way and will be a new driving force in the segment in the very near future.

Yea, it can get to be too much. However, the Jaguar I-PACE is one of few real deals in the EV segment. Not to mention, it's coming to America, and sooner rather than later and has an actual price tag on it already. Check out InsideEVs contributor Tom Moloughney's exclusive images from the show: