Porsche To Double Electrification Target - 50% Of Sales By 2025 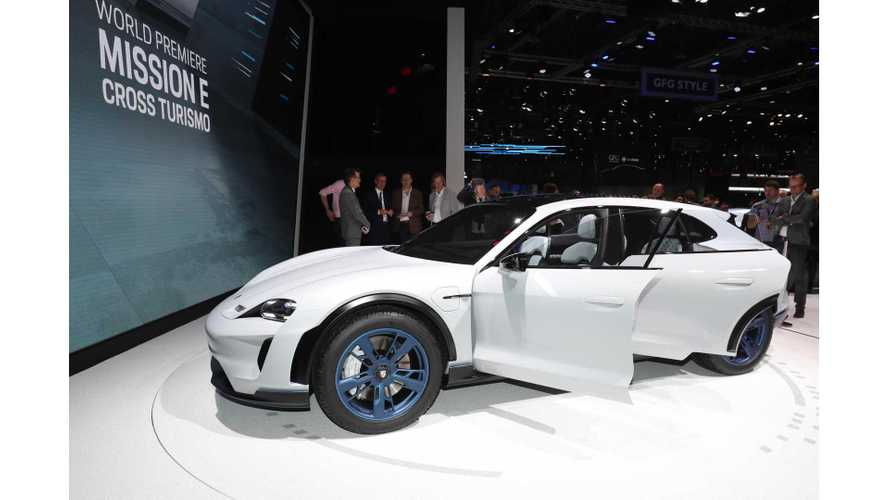 Porsche expects that demand for electrified cars will be greater than previously anticipated and now has announced a new goal of 50% of sales to be all-electric or hybrids by 2025.

As more models will be offered in plug-in versions and all-new electric-only cars appear on the market (the first is the Mission E), plug-ins will become the most important branch in Porsche's lineup.

At the Beijing Auto Show, Porsche representatives emphasized China's role in the electric car push. China is and will remain the biggest market for plug-in cars in the foreseeable future.

"The train for electric mobility has well and truly left the station,” von Platen said in an interview at the Beijing auto show. “China is and will remain the biggest market for electric cars for the foreseeable future.”

Gallery: Porsche To Double Electrification Target - 50% Of Sales By 2025

Gallery: Porsche To Double Electrification Target - 50% Of Sales By 2025